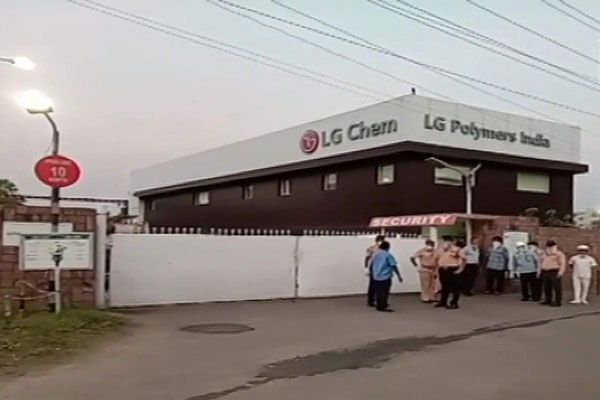 South Korean petrochemicals major LG Chem has sent an eight-member technical team from its Seoul headquarters to Visakhapatnam to investigate gas leak from LG Polymers India plant, which killed 12 and affected hundreds of others last week.

“An eight-member technical team from Seoul, led by the president of our petrochemicals company, has been dispatched to LG Polymers India. This team will work closely on-ground along with the authorities to resolve the situation and assist with real-time remedial and rehabilitation measures,” LG Polymers India, a unit of LG Chem, said in a statement here on Wednesday.

The team, comprising experts from production, environment, and safety areas, aims to investigate the cause of the incident and support responsible rehabilitation, the main objective of the task force, it said.

The president, along with the dispatched team, would meet the victims and affected families to explain support measures and also hold meetings with the local government officials, it added.

LG Polymers India had earlier said it was working with the authorities to contain the damage and ensure the safety and health of local residents and employees. Venkatapuram and four other villages near the plant on the outskirts of Visakhapatnam were evacuated following the gas leak in the early hours of May 7.

District officials said styrene gas leaked from the plant a day after it revived operations after a 40-day gap due to the lockdown.

Experts from the National Disaster Response Force (NDRF) and other agencies brought the situation under control by plugging the leak with special chemical PTBC, an anti-dote for styrene specially flown in from Gujarat.

The state officials had said 13,000 tonnes of styrene gas would be sent back to South Korea.