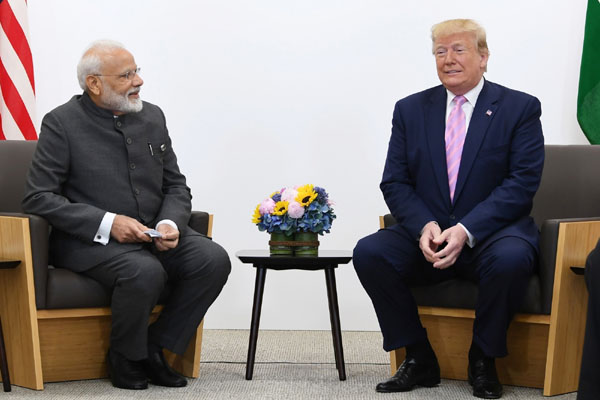 Ahead of US President Donald Trump’s visit to India next week, the Indian alcoholic beverage industry has urged the government not to reduce customs duty on wine and spirits.

The US President has been pushing for reduction of customs duty on American liquor, particularly bourbon whiskey, and Indian liquor manufacturers fear that any tinkering with customs duty vis-a-vis US imports would have a domino effect as European Union would also push for slashing of customs duty.

“Ahead of Trump’s visit discussions on reducing customs duty have again resurfaced in the Commerce Ministry. If the government gives any concession on US wines and spirits, then it would open the floodgates as European Union would push for similar concessions which we cannot allow to happen. We have been writing to Commerce Minister Piyush Goyal again and again,” said Vinod Giri, Director General of Confederation of Indian Alcoholic Beverage Companies (CIABC).

In its recent letter to Goyal, the apex body of India’s alcoholic beverage industry has stated that “any immediate and large reduction in (basic customs) duty (BCD) will be highly detrimental to the domestic industry”. The letter says that “Foreign governments (are) seeking easy access to Indian markets (but) deny Indian companies the same in their countries through non-tariff barriers.”

According to Giri: “The Indian companies are not against reduction of BCD, but it should happen in a phased manner. BCD should be brought down from current level of 150 per cent to 75 per cent in next 10 years. But before that other countries, particularly the US and EU, should be persuaded to remove non-tariff barriers on Indian products. They should accept alcoholic products made in India as per the product description on the label. They should also not insist on any maturity period on liquor products made in India. All that we are seeking is a level playing field for the Indian alcoholic beverage industry.”

In its letter the CIABC has also urged that any negotiation on duties should proceed keeping in mind the interest of domestic industry. Basic Customs Duty should be reduced to a level which does not create great competitive disadvantage for Indian companies, it has said.

Also, reduction should be done in phased manner to allow Indian companies time to prepare and build own competitiveness to offset regulatory disadvantages of manufacturing in India.

The association has suggested that to prevent dumping and protect mainstream Indian products against predatory pricing, products below a certain import price (Threshold Import Price) should be taxed at the threshold import price rate only irrespective of actual import price.

The domestic liquor industry is making a strong case for its protection as the industry contributed Rs 1.25 lakh crore in taxes to the government while its own annual turnover is to the tune of Rs 2.5 lakh crore.

Many states depend on it with industry accounting for 20-40 per cent of their total tax revenues. 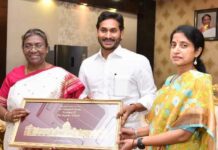