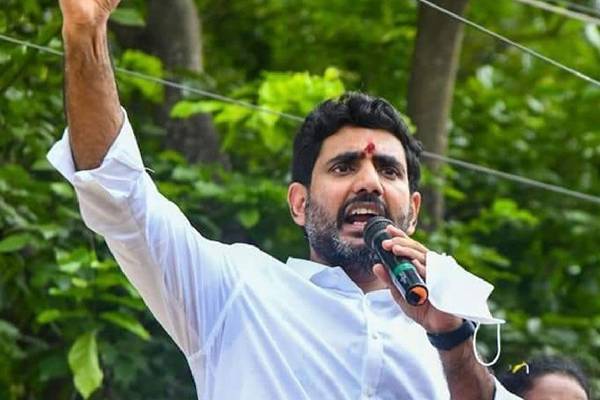 Lokesh said that all the required facilities were being provided to the accused MLA in jail while processions with flexes were being held in his honour outside. It was clear now that all the attacks on Dalits in the State so far were being carried out with the knowledge of Jagan Reddy only.

The TDP MLC said that the YSRCP MLC was accused of brutally killing Dalit youth Subrahmanyam at Indukuripeta in Devipatnam mandal. How would such a ‘killer MLC’ be portrayed and honoured like a hero?, Lokesh asked.

Lokesh deplored that once again, it was revealed that under this atrocious regime, there would be protection for miscreants and punishment for the victims. It was clear that there would be only promotions but no suspensions for the YCP leaders who would eliminate Dalits for simple reasons.

Lokesh said that Jagan Reddy was trying to dilute the free electricity programme for the farm sector by spreading false misinformation propaganda. The Chief Minister was bent on tightening the noose around farmers’ necks by fixing meters on agricultural motors.

Lokesh expressed concern that the Jagan regime has broken each and every promise given to the farmers, youth, women and job seekers prior to the elections. The TDP would intensify its agitation to expose each and every betrayal of Jagan Reddy in the coming days, the MLC asserted.