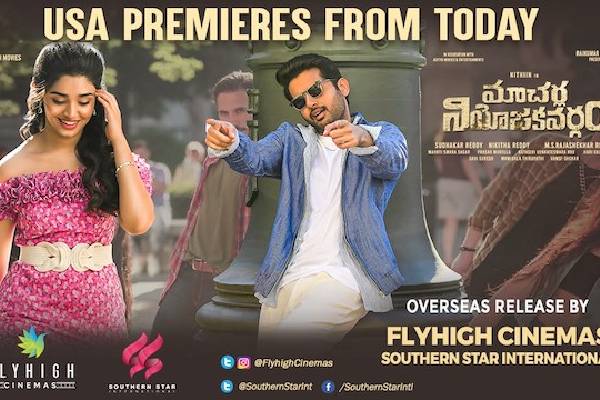 Vennela Kishore, Rajendra Prasad, Murali Sharma, and others have some hilarious comedy in the movie. When it comes to masses, the trailer indicates the film has some high octane action sequences and dances by Nithin.

The dialogues and elevation scenes have also worked well. Krithi Shetty’s glamor and Anjali in the special number will woo the masses. The Ra Ra Reddy song is already a chartbuster with the masses.

Flyhigh Cinemas and Southern Star International have been jointly distributing the film in the United States. They are bringing the film to US audience in your nearby locations at affordable pricing.

The distributors welcome the Telugu audience to watch the film in theaters this weekend with their families to enjoy the film that has all ingredients to bring the families as well as the masses. They are also confident that the movie will continue the success streak of TFI.