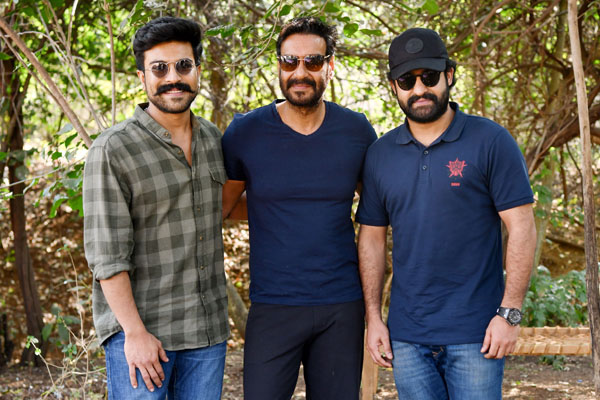 SS Rajamouli’s next magnum opus RRR is under shoot and is announced for Sankranthi 2021 release. NTR and Ram Charan are sweating out for this big-budget periodic drama. With the announcement of the release date, buyers are rushing to acquire the theatrical rights of the film. From the past couple of days, the makers received thousands of calls inquiring about the rights. Social media speculated that the theatrical rights for RRR are already sold out.

Though the talks are on, it is Rajamouli who will decide the final deals and prices. This happens right before the film’s release. With Sankranthi films doing exceptional business this year and RRR slated for Sankranthi 2021 release, the prices would be exorbitant. Ajay Devgn, Samuthirakani, Alia Bhatt and Olivia Morris will be seen in other pivotal roles in RRR. Made on a budget of Rs 400 crores, RRR is produced by DVV Entertainment.