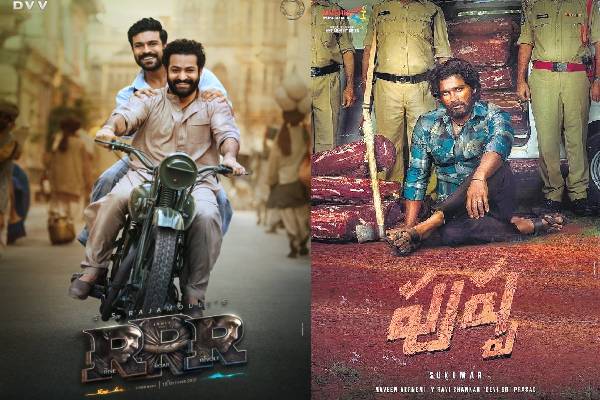 The makers of RRR have to promote the film aggressively as the film will have a wide release across the globe. Rajamouli planned a series of events across the Northern cities of the country. A massive event was planned in Dubai and Rajamouli’s son Karthikeya along with the producer DVV Danayya flew to Dubai to finalize the venue. But the event is now canceled due to undisclosed reasons. The makers instead are planning more promotional activities in the country. Rajamouli wants the lead actors NTR and Ram Charan to make themselves free to promote the film in the month of December.

All the major cities of the country are picked up for promotions. Special events are planned in Mumbai, Delhi, Pune, Bengaluru, Chennai and other cities. There are speculations that the makers of Pushpa too had plans to do an event in Dubai and it stands canceled. The makers are yet to wrap up the shoot and it would be a hefty task for them to fly to Dubai between these hectic schedules. Two big events of RRR and Pushpa which are planned in Dubai are now canceled. RRR hits the screens on January 7th while Pushpa is gearing up for December 17th release in all the Indian languages.