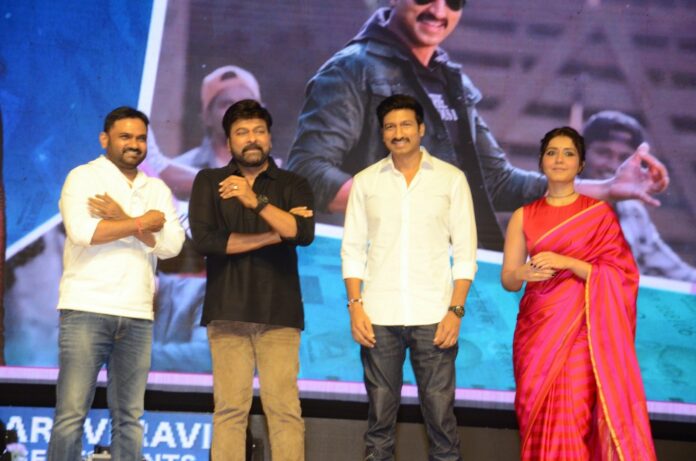 Megastar Chiranjeevi is the special guest for the pre-release event of Gopichand’s Pakka Commercial. The film is heading for July 1st release and is directed by Maruthi. During his speech, Chiranjeevi revealed that UV Creations Vicky came with a proposal of producing a film and Maruthi was on board to direct me in the film. Megastar asked Maruthi to focus on the project and narrate the script soon. Maruthi revealed that he would soon announce the film.

Megastar is working without breaks and is busy with three films. He will soon work with young directors and is in talks with Venky Kudumula for a film. Maruthi will soon direct Prabhas and he would start working on the script for Megastar after he is done with the film with Prabhas. Pakka Commercial is carrying good expectations and Rashi Khanna is the leading lady. UV Creations and GA2 Pictures are the producers.