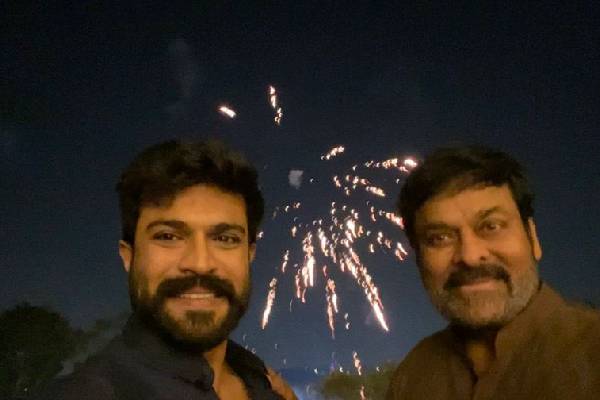 Mega Power Star Ram Charan is one of the top stars of the Telugu film industry and enjoys a massive fan base across the globe. Known to be a brilliant actor, the 37-year-old actor has blockbuster hit films to his credit.

The Magadheera actor has now completed 15 years as an actor and is receiving a lot of appreciation for the same on social media. He made his debut in Tollywood with the 2007 film Chirutha, directed by Puri Jagannadh.

Now, Ram Charan’s fans are showering him with love and doing everything they can, both offline and online, to make it a memorable occasion. To make it even more memorable, Megastar Chiranjeevi wrote a heartfelt message to Ram Charan, expressing his satisfaction as a father, seeing Ram Charan growth.

“On reaching the 15 years milestone, fondly reflecting on Ram Charan ‘s journey in films. It is heartening how he has evolved as an Actor from Chirutha to Magadheera to Rangasthalam to RRR and now to #RC15 with Director Shankar. Supremely pleased at his passion, body of work, dedication and his innate urge to excel at what he does. Proud of you my boy! Here’s to greater heights and greater glories that await you! Go for it! May the Force be with you!”, Megastar Chiranjeevi wrote in twitter.

This message to Ram Charan showcased how proud Megastar Chiranjeevi as a father.