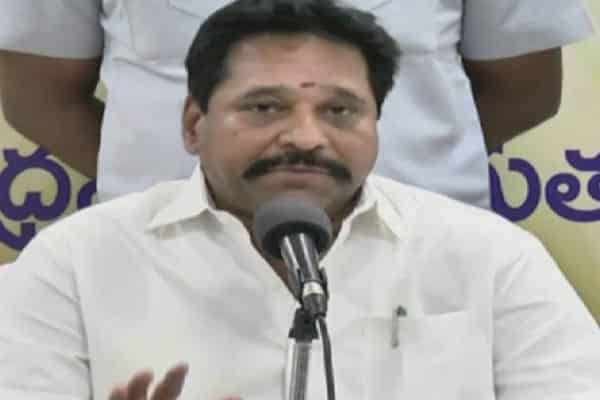 Ex-Minister from Rayalaseema Mr. Amarnath Reddy on Friday expressed new demand that Chittoor district to be merged in Tamil Nadu state in case the government would not announce Tirupati as capital city and said that the people from Rayalaseema might not like to be part of Andhra Pradesh.

Speaking at a press conference, Mr. Reddy said, “People from Seema agreed when the then Chief Minister Mr. Nara Chandrababu Naidu announced Amaravati as capital city in 2014 as it has equal distance to all the parts of the state. We can’t digest the shifting of capital city to Visakhapatnam. The decision leads more damage to the people of Rayalaseema. It is better to divide from AP than having capital city at Visakhapatnam.”

He said that the demand of Tirupati as capital city was not new and urged the government to consider the same or merge half-part of Chittoor district in Tamil Nadu and another half in Karnataka. “During the bifurcation of Andhra Pradesh, the people from Rayalaseema raised their demand that Tirupati should be capital city,” he said.

Mr. Reddy questioned CM Y.S.Jagan that why he was mute since 2014 on the issue of capital city. “He praised the decision of the then CM Chandrababu’s decision on Amaravati several times in assembly. Why did he not oppose the decision earlier?” he questioned.