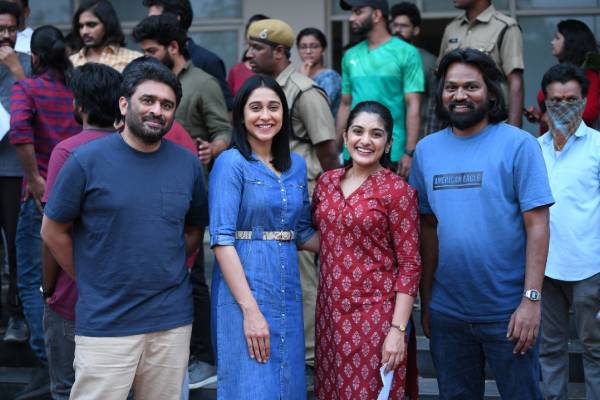 Regina Cassandra and Nivetha Thomas who were seen mostly in soft roles are playing challenging roles in their upcoming untitled film which is the official remake of Korean movie Midnight Runners. Directed by Sudheer Varma, the film’s last schedule has commenced.

Billed to be an investigative thriller, the film tells the story of two students at a police academy and how they bust a gang of human traffickers. Sudheer Varma altered the story to female version.

D. Suresh Babu, Sunitha Tati and Hyunwoo Thomas Kim are jointly producing the film that has music by Mikey McCleary.