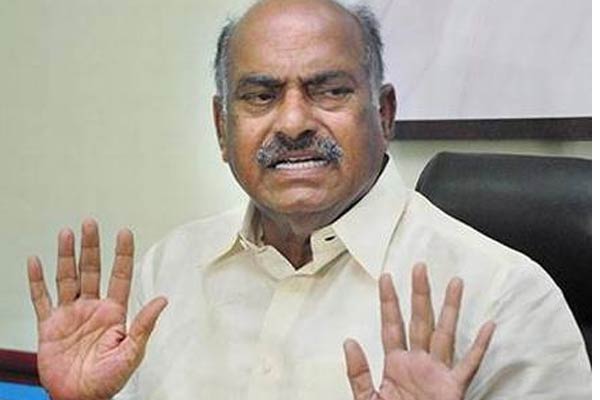 Former MP and senior TDP leader JC Diwakar Reddy has reacted very sharply against the Jaganmohan Reddy government. He said that CM Jagan Reddy was arresting each and every TDP leader except Chandrababu Naidu and Lokesh only to create a scare among the Opposition leaders. JC said it was nothing surprising that his brother Prabhakar Reddy was arrested. These arrests were all part of the vindictive actions being taken by YCP to remove all Opposition in the state.

Diwakar Reddy says Jagan Reddy is not the type of a leader who would listen to the advice of officials. All the officials have to simply follow the instructions of the CM and his close group of leaders. Jagan Reddy violations would only stop only if the Modi Government takes a serious view of the goings-on in Andhra Pradesh. The TDP senior leader says a time will come when Jagan Reddy’s Constitutional violations will reach a peak. At that time, PM Modi will certainly respond and take suitable action.

Since coming to power, the YCP has been attacking the travel companies of JC brothers. In a latest case, JC Prabhakar Reddy and Asmith Reddy were arrested now in allegations of false registrations of vehicles. Cases were filed for using fake insurance certificates and also vehicles were seized. Charges were made that fake NOCs were used to bring the vehicles from other states.