Not many Telugu heroes may confess this but every actor has a fair idea of their film’s fate even before it receives audience’ judgement. Did Naga Chaitanya Akkineni and his father, Nagarjuna predict the result of Yuddham Sharanam beforehand? The happenings prior to the film’s release convey so.

A lot of editing was done as per the suggestions by the Akkineni Senior and the close pals of producer Sai Korrapati to the final copy prepared by the film’s director. The second half looked as if it was edited out without any logic, a probable result of too many brains passing on orders.

Also, as Telugu360 has reported earlier, music director Vivek Sagar was replaced at the last hour. When Rajamouli and senior music director Keeravani saw the final copy, they were very critical of the background music. Following their suggestion, Vivek Sagar was replaced with another associate of Keeravani. Since all these changes were done at the last minute, they couldn’t save.

Moreover, Nagarjuna didn’t approve the Sep 8 release date. He wanted to do some more publicity, create buzz and then release the film. The producer however went ahead as he couldn’t find a better date in next few weeks with the Dussehra and Diwali seasons already being booked by biggies. 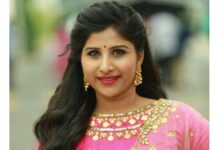