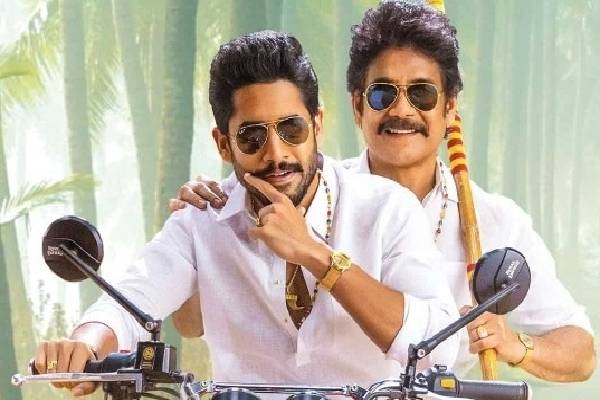 Superhit movie ‘Bangarraju’, which had hit the screens in January, is all set to start streaming on the OTT platform soon.

Starring Nagarjuna-Naga Chaitanya, the father-son duo, ‘Bangarraju’ had entertained the audience quite well at the theatres.

Reports suggest that the Kalyan Krishna Kusarala directorial ‘Bangarraju’ will start streaming on Zee5 from February 18.

The fantasy drama is still running successfully in some theaters, while the makers decided to start streaming the movie online.

The movie Bangarraju was bankrolled by Annapurna Studios and Zee Studios.