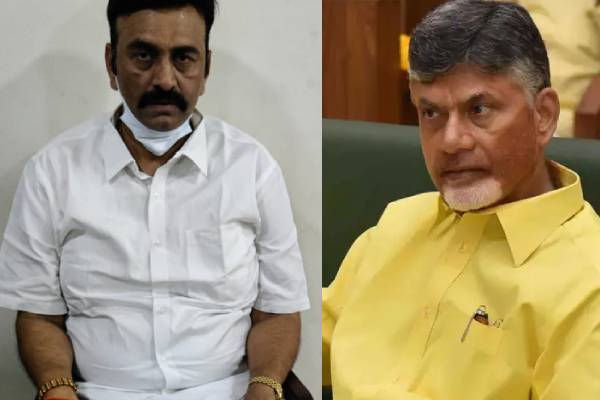 The threats and counter threats have reached a peak between the ruling YCP leaders and their Opposition TDP counterparts on the issue of the alleged beating up of Narsapuram MP Raghurama Raju. YCP MLA Ambati Rambabu has made fresh allegations that it was TDP chief Chandrababu Naidu who was instigating Raghurama Raju to make baseless and unwarranted remarks against their Government.

Rambabu warned of dire consequences if the TDP leaders continued their vicious propaganda. Now, Chandrababu Naidu was shivering with fear that he would meet the same fate as Mr. Raju. This would certainly happen. Naidu ran the show from behind the scenes till now. But the arrest of Raju has shocked the TDP chief.
The YCP MLA said that Raghurama Raju was a big actor and he complained about his beating up immediately after his bail application was rejected in the AP High Court. The TDP and the yellow media were giving all their support to the arrested Raju for obvious reasons.

Naidu’s allegations of third degree used against Raju would only expose his fears of facing the law. Rambabu said that it was sad that even Purandeswari was supporting Naidu now.