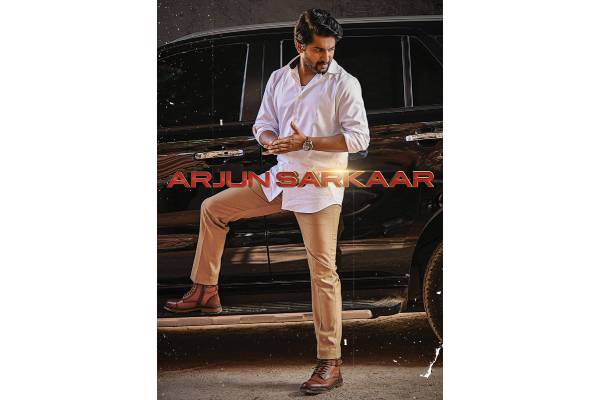 Natural Star Nani surprised the audience during the climax portions of his recent production HIT 2. The actor plays Arjun Sarkar, a ruthless cop and his glimpse thrilled his fans. Nani made it official that he would have a full-length role in the third installment of HIT that will start rolling next year. Nani made his look as Arjun Sarkar for his fans and the audience official this evening. He thanked the audience for making HIT 2 a super hit and he posted the click with the look of Arjun Sarkar.

Sailesh Kolanu will direct the third installment of the film which is a multi-starrer and is planned on a big-budget. Nani’s Wallposter Cinema will produce this film and the shoot commences during the second half of next year once Nani is done with his current projects. Nani is currently completing the shoot of Dasara that is announced for summer 2023 release. The actor is flying to Europe for a holiday and he will complete the pending shoot of Dasara after he returns back.

Thank you for all the love to our #HIT2 team and this other guy 🙂 pic.twitter.com/YG6bqEj8F7