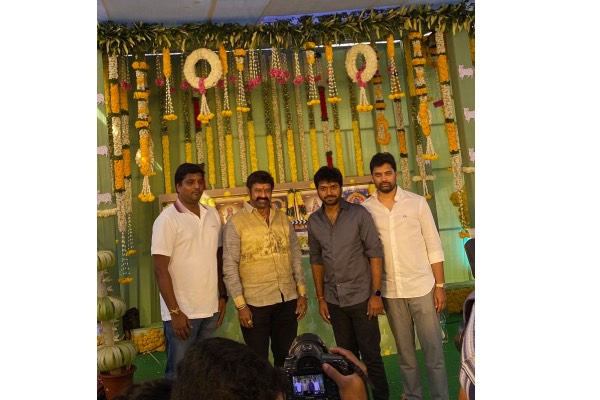 Nandamuri Balakrishna signed one more powerful mass entertainer and successful writer and director Anil Ravipudi will helm the project. The film got a grand launch today and the shooting formalities too commenced in a special jail set in Hyderabad. The first schedule is expected to continue for ten days in this set. A powerful action episode will be canned in this schedule. Priyanka Jawalkar and Sreeleela are expected to be seen in other powerful roles in this untitled mass entertainer.

Thaman scores the music and Shine Screens are the producers. Made on a massive budget, NBK108 will have its release during the first half of 2023. The team is in plans to complete the shoot of the film in back-to-back schedules. Balayya will complete the pending shoot of Veera Simha Reddy this month and the film releases on January 12th 2023. He is also shooting for his talk show Unstoppable 2.