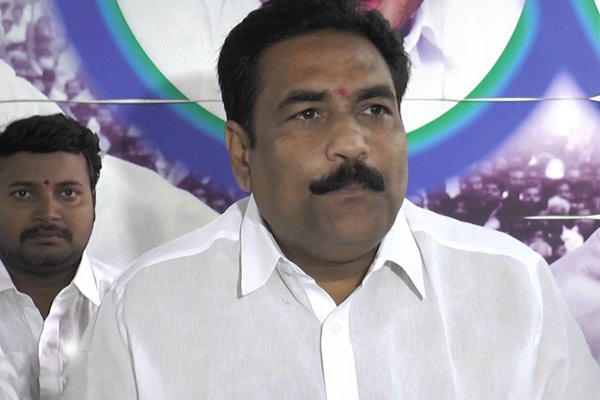 Even the YSRCP MLAs are feeling the pinch of lack of development in the state. With the state government spending every rupee for implementing the Navaratnalu and pensions, practically nothing is left for the developmental activities. As a result, several works are lying pending for the past two years. Even the ruling party MLAs are now worried about the fallout of this lopsided spending.

Recently, Nellore Rural MLA and diehard Jagan loyalist Kotamreddy Sridhar Reddy visited the Harinathapuram area in the Ward No 18 of Nellore city as part of the party outreach programme. The party grassroots workers appealed to him to ensure that an approach road is constructed to link the area with the mini-bypass road. They also wanted the pending drainage works to be completed at the earliest.

The party workers were in for a surprise when the MLA said that the government does not have the money to complete the works. He went further and said:”Whatever the government has is being spent on implementing the welfare schemes like Ammavodi and Navaratnalu. The government has no money for developmental projects. Hence one has to wait,” he explained. This frank admission left everyone shocked. The MLA’s brutally honest admission was appreciated.

He said that he had in the past raised the issue of developmental and pending works but to no avail. He said that Jagan told him that he would focus on the developmental works very soon But, giving welfare doles is like riding a tiger. One can neither sit on it nor can dismount it. Let’s see what YS Jagann will do.