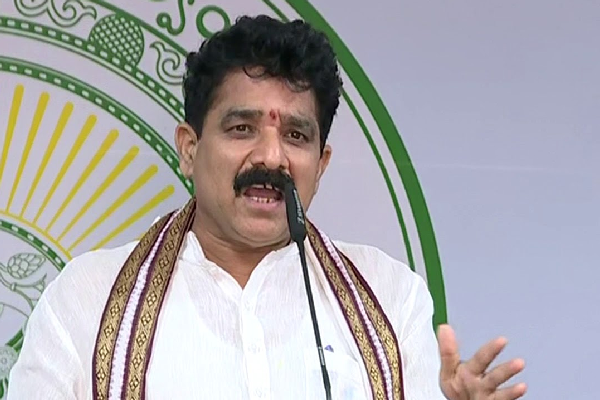 Chodavaram MLA Karanam Dharmasri is one-of-a-kind MLA. He is one rare MLA whose first love is theatre. He never leaves an opportunity to perform on stage. But is he taking this too seriously and turning out to be a political performer out to please the boss? Is he using his dialogue delivery to use alliterative texts and comments to win the heart of the Chief Minister so that he ends up as a minister in Jagan’s cabinet?

The other day, the whole house had the ROFL moment when he used alliterative prose to praise YS Jagan Mohan Reddy. He even asked the members to clap for his witty one-liners. His praise of Jagan turned out to be an embarrassment for Jagan himself. Interestingly, within his constituency, there was more criticism of these comments rather than praise.

His critics are slamming him saying that the MLA is more interested in ministerial positions rather than solving the problems facing the constituency. The bad roads, the problems of sub-plan tribal villages, pending arrears of the Govada cooperative sugar factory are staring the MLA in his face. Instead of solving them, the MLA is busy praising Jagan in the hope of getting a ministry.

The locals of his constituency want Karanam Dharmasri to focus more on developing the constituency and on addressing the problems of the people rather than blatant sycophancy to woo YS Jagan. Many say that if the same trend continues, the day would not be far off when he would be rejected in the elections.