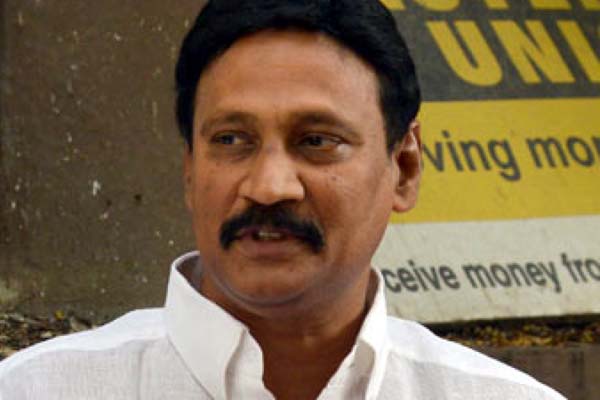 Hours after former minister of labour and TDP senior leader Kinjarapu Atchannaidu’s arrest at his residence at Tekkali in Srikakulam district, former legislator from Vijayawada East Gadde Rammohan Rao was put under house arrest on Thursday.

Talking to media persons, Gadde Rammohan Rao said the police had put him under house arrest in an attempt to stop him from going to the ACB Special Court in Vijayawada where Atchannaidu will be produced. “In an undemocratic manner, the government had sent the police to restrict my movement,” he said.

He warned that people of the State would revolt against the YSRCP government if the present trend of gagging the voices of opposition continued. “Freedom of expression is a fundamental right given by the Constitution. By placing the opposition leaders under house arrest, the Jagan government is trying to suppress our voice. Everyone has a right to express his/her views freely in a democratic manner. However, by keeping the leaders confined to their homes, the government has unleashed a new era of dictatorship. This is totally undemocratic and we will wage a battle to restore democracy in Andhra Pradesh,” Gadde Rammohan Rao noted.

He said the arrest of Atchannaidu is a clear attempt to muzzle a strong voice in the Assembly. “This is a political conspiracy to defame the good reputation the Kinjarapu family had earned in Srikakulam. During the one year YSRCP rule, the high court and the Supreme Court have pulled up this government in as many as 60 cases on several policy decisions. This is a direct attack on the judiciary, an attack on the fundamental tenets of the rule of law. The arrest is the evil design of Jagan to instil a sense of fear and intimidate the TDP cadre. However, we will not be cowed by the threats and intimidations of the YSRCP government and continue to raise our voice. We will continue to expose the misdeeds of the government in the last one year of its governance.”