Nandamuri Balakrishna is busy with the shoot of NTR, the prestigious biopic of his father. Krish and his team have been unfolding the looks of the lead actors from the film which brought enough buzz for the film. Now the makers released the first look of Nithya Menen who is playing the role of veteran actress Savitri in NTR.

Balakrishna and Nithya Menen have been spotted essaying the roles of NTR and Savitri from Gundamma Katha in NTR. A song on them has been canned recently and the makers released the picture on the eve of Diwali. Nithya Menen looks apt in the role of Savitri and Balayya stuns in a new look in the picture. NTR will hit the screens during January 2019 and is produced by NBK Films. 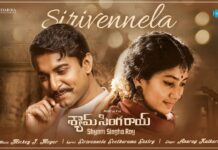 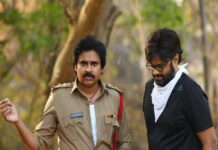