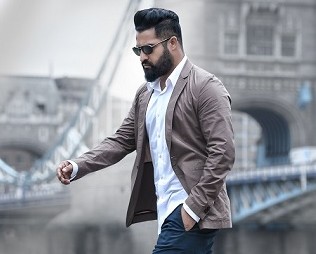 First look high quality picture of NTR from his Sukumar film was released today. NTR is seen in a blazer in this still. NTR went for a complete makeover for this film and the result is there for everyone to see. Sukumar is busy mounting a high voltage action entertainer. Devi Sri Prasad is said to have composed some refreshing tunes for the much awaitef project. Recently a song was picturized on Rakul Preet and NTR in London in the choreography of Sekhar master. Producer BVSN Prasad and Reliance are planning for a Pongal 2016 release.