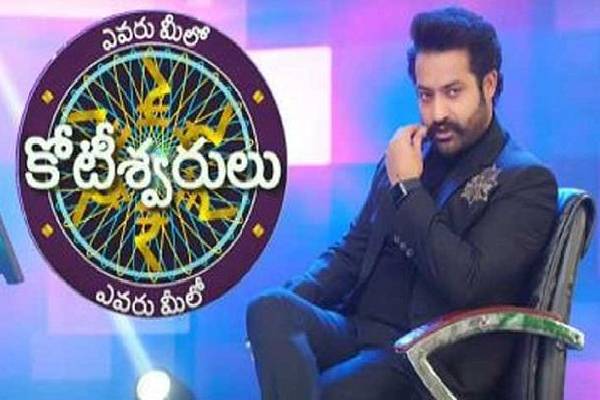 Young Tiger NTR returned back to the small screen through Evaru Meelo Koteeswarulu which is telecasted on Gemini TV. Tarak has been shooting without break and he wrapped up the entire shooting part for the first season of Evaru Meelo Koteeswarulu last evening. The show received a decent response and NTR’s hosting skills are appreciated. Several celebrities like Ram Charan, Rajamouli, Koratala Siva, Samantha and others were present on the show.

NTR is currently on a weight-loss mission and he will be seen in a new look in his next film that will be directed by Koratala Siva. The action-packed social drama will start rolling during the end of this year. NTR Arts and Yuvasudha Arts are the producers. On the other side, NTR and Ram Charan starter RRR is announced for January 7th, 2022 release.