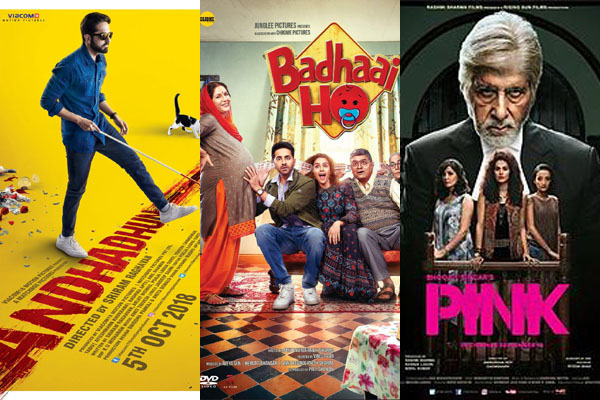 Already the news got out that Nithin agreed to get into the shoes of Ayushman Khurrana, to play the role of a blind man in the Telugu remake of ‘Andhadhun’. Rendered without any usual elements, this role requires a lot of acting prowess to make audiences glued to the screens. And for such a brilliant performance, Ayushman has won ‘shared’ National Award as Best Actor.

Before falling in Nithin’s hands, this film was screened multiple times at many preview theatres in Hyderabad’s popular film studios as many heroes wanted to watch it before taking a final call. From the likes of Siddharth to Bellamkonda Suresh, many tried to lay their hands on this remake but felt such an offbeat film will not work out for them.

Not just Andhadhun, there are many other films like the very same Ayushman’s Badhaai Ho are lying with middle-agents who want to sell the remake rights to Telugu production houses. Though Naga Chaitanya has thought of remaking this movie earlier, somehow he dropped the idea. Back then, Venkatesh thought of starring in Piku’s Telugu version, but Suresh Babu is said to have scoffed the idea citing that the film won’t work with Telugu audiences.

Are offbeat films really not exciting these Telugu stars or they are not sure of commercial success at the box office is the question here. Such films, however, would increase the respect for those heroes who pick them.