Energetic Star Ram is on a break for a long time and the actor is yet to announce his next. His recent offering RED bombed at the box-office and the actor is holding talks with several filmmakers for his next. The actor signed his next film recently and an official announcement is made today. Tamil director N Lingusamy will direct this action thriller and Srinivasaa Silver Screen are the producers. This happens to be the 19th film of Ram and the shoot commences very soon. More details will be announced soon. 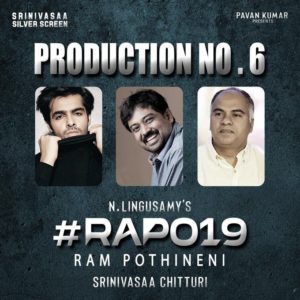