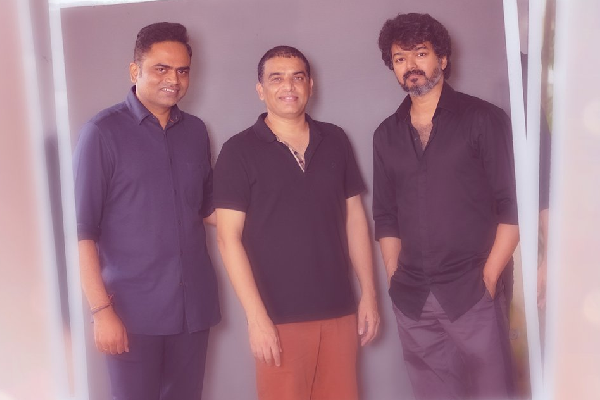 It’s official now that, Tamil star hero Vijay’s next film will be with star director Vamshi Paidipally under Sri Venkateswara Creations. Dil Raju and Shrish will bankroll the project on grand scale.

The director gave full narration to the hero and completely convinced with the final draft he has given green signal to be part of the project. And it will be Vijay’s next after his ongoing film Beast with Nelson.

Vijay is excited to associate with the National Award-Winning combination of Vamshi Paidipally and Sri Venkateswara Creations. It is heard that, the director has prepared a novel script for Vijay.

The film being called as Thalapathy 66 will go on sets early, next year. The makers will announce heroine and other cast and crew details soon.