Okka Ammayi Thappa, Sundeep Kishan and Nitya Menon Starrer, is releasing on June 10th in India, and premiered on June 9th in USA. Produced by Anji Reddy, Okka Ammayi Thappa features Sundeep Kishan and Nithya Menen in the lead roles, with Ravi Kishan playing the role of the villain.The movie is being promoted as a romantic thriller with a twist, Nithya has given a superb performance and she is the biggest attraction for the movie. Hero Sundeep Kishan has high hopes on this movie which has been directed by debutante Rajasimha Tadinada. Let us see how this movie shaped up.

In a bid to free their jailed terrorist boss Aslam (Rahul Dev), a group of terrorists led by Anwar(Ravikishan) plots a powerful bomb on a flyover which is adjacent to Hitech city,Hyderabad. Their idea is to cause a traffic jam on the flyover and threat to detonate the bombs,blackmail the government to release Aslam. Krishna( Sundip Kishan)is a smart and happy go lucky young man who hangs out with friends.Krishna who is in pursuit of his childhood girl friend ‘Mango’,one morning casually goes out to withdraw money from ATM. On that ill-fated day, he along with Nitya Menon and thousands others get caught in the traffic jam(which is planned by the terrorist team) on the flyover . Rest of the story is about how terrorists attempt to execute their plan, how Krishna becomes part of the game, and how things unravel.

Story has all elements of bollywood thrillers like “A Wednesday”, but the execution is leaves lot to be desired. This kind of movies don’t require high budget, but need a tight screenplay and strongly need attention to the detail. In that aspect Okka Ammayi Thappa disappoints those who expect a decent thriller. The childhood love thread failed to create any emotion or feel. An attempt to insert a love story between two persons who stranded on a flyover has its serious limitations.As the story demands, watching the heroine sitting in a share Auto through out the movie is something that doesn’t work in commercial point of view.

While first half is below average, second half has its moments especially when scenes are woven around communal harmony. Pre-climax thirty minutes is engaging and apparently the crux of the movie.

It’s strange and disengaging to see people sitting in their vehicles for hours together. Had any such solid traffic jam occurs , people simply walks off down the flyover. Incident occurs at around 10AM and by 6PM , still people wait in their vehicles as if they stopped at a traffic signal.However, as late evening begins,the bomb detonation threat starts and then people cannot move around which makes sense. This core point should have been taken care. Comedy tracks rarely evoke laughter and the movie would have been better if comedy tracks worked well. Comedy is just insipid,reflected director’s poorest sense of humor.

First song Kaav Kaav reminds Tattad Tattad song from Ranveer Singh’s Ram-Leela. Both Tune and choreography are seriously inspired from Tattad Tattad. Melodius song “Kottha KadhalE” is good on screen as well,Sundip Kishan looked his best in this song. Sarihaddhu Lopala is a montage song is adequate while hearing but on screen doesn’t appeal much. Dhruvam Dhruvam song preaches harmony between Hindu Muslim communities and a background song.

Sundip Kishan who has a natural flair in acting fil the bill perfectly. However, in romantic expressions Sundip needs improvement.Nitya Menon has limited scope to act and for the duration of the movie sits in a auto. Ravi Kishan ,as Anwar, has gone overboard and is loud in a number of scenes. He got screen time on par or more compared to Sundip Kishan. Comedians Saptagiri, Prudhvi ,Tagubothu Ramesh tracks did not come out well and primarily irritating. Ali track in first half is slightly better.

Not so gripping screenplay
May be due to lack of budget,few character artists look irritatingly bad
Comedy has failed
Title has zero relevance
Love track should have been better

Okka Ammayi Thappa movie is supposedly a romantic movie interlaced with crime angle. With below average first half, decent second half this movie may be watchable only if you are a Sundip Kishan or Nitya Menon fan and have ample free time to kill. At box-office, movies of these genre have limited scope. 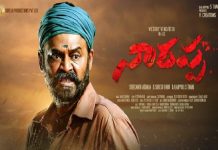