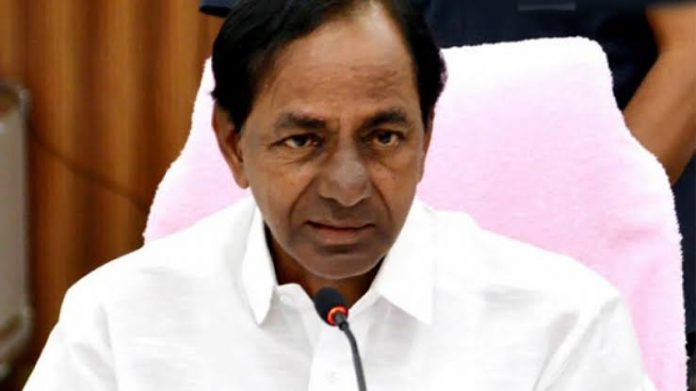 The government, both center and state, are fighting an uphill battle against corona virus. The Telangana government seems to be fighting another virus – surge of virus misinformation and disinformation. It is true that a lot of rubbish goes viral. Magic cures are being peddled; posts and videos are being shared in the social media spinning conspiracy theories as millions of people are turning to social media platforms in an attempt to stay informed about the latest developments and connected to friends and family in these days of ‘corona mahamarri’ .

Telangana Rashtra Samithi president and chief minister K Chandrasekhara Rao thinks social media’s behavior is increasingly anti-social, the misinformation being spawned far more dangerous than corona virus. He cursed the purveyors of social media that they contract coronavirus. But, but, hey!!! He didn’t stop there. Rao crossed the ‘lakshmana rekha’ by accusing some traditional newspapers of spewing wrong information and cursed that the journalists “should get coronavirus”. “There are some newspapers, whether they know it or not, that are writing nonsense. I’m sorry for that. I won’t take names, but the other day a newspaper wrote horrible things,” he said.

As reporters questioned the government’s response to the virus outbreak, he complained, ‘We are prepared. The media has not treated it fairly.” Rao reverted to his blame-casting and media-bashing ways on Monday in a press conference where he staunchly defended the complete lockdown, lambasted the “fake news” being peddled by the anti-social media – the enemies of the people. Obviously, the chief minister seemed upset that the ‘section of the media’ had the temerity to grill him or for “writing nonsense, whether they know it or not”. Well, social media is nonsense. Surely, it must be. However, his son K T Rama Rao uses the most potent and powerful social media platform –Twitter to the optimum to ‘appreciate’, ‘congratulate’, ‘greet’ or ‘wish’ on birthdays of colleagues or engage in friendly banter with friends or political rivals. “Since when did I become anna”, he wrote in a recent Twitter post to Pawan Kalyan, for instance. Practice what we preach?

As a matter of fact, social media was aggressively used by the TRS during elections. The party made good use of social media platforms like Twitter, Whatsapp, Facebook, Instagram and YouTube to reach out to voters. KCR’s son K T Rama Rao and daughter Kavitha are way too well-versed in backroom strategizing, unleashing the power of the ‘anti-social media’ to take on the Opposition and political rivals. Well, social media is social so long as it serves political interests and party agendas. But social media can be dangerously anti-social, worse than the corona virus when the platforms are used to criticize the governments or their policies.

Probably, KCR thinks social media distancing will contain the spread of corona in the state. Perhaps he is confused. It is social distancing that can contain the contagion to an extent. Hating social media platforms will make KCR not only unpopular but also undemocratic. To say social media spawns misinformation or disinformation is fine, but to castigate it entirely and stretching the hate to the traditional media platforms like newspapers and TV channels can earn him bad press.

Social media is powerful and addictive with all its hoaxes, misinformation and disinformation. Attacking social media is one thing, bashing traditional media is another. The TRS and its boss should know this better. The party owns Namasthe Telangana, T News and Telangana Today.

The Chief Minister should know that the job of journalists in a free and open society is to ask questions — even uncomfortable ones. And to keep asking them until they get answered. Labelling unfavourable media coverage as fake news, cursing journalists that they contract corona virus is inviting trouble. It is like showing a red rag to a raging bull. When the time comes, the bull will gore.