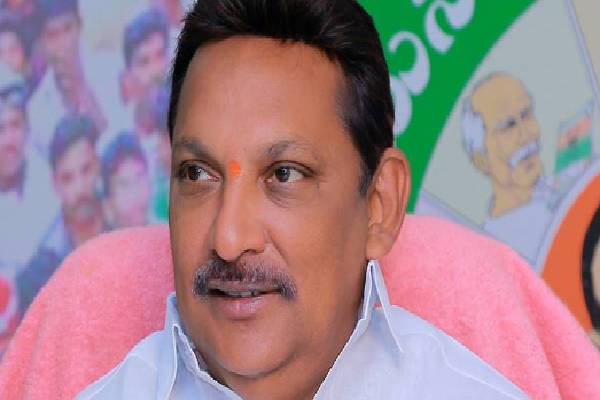 The fight between Jana Senani Pawan Kalyan and Bhimavaram YCP MLA Grandhi Srinivas has escalated further. Now, the YCP MLA launched an all out scathing attack, saying that Pawan was nothing but a state rowdy while his party leaders being ‘aaku rowdies’.

What more, the YCP MLA has said that the Jana Sena has got a patent on those qualities. It was unfortunate that Pawan Kalyan has lost balance after setting up his party. He was speaking without coherence. Pawan seemed to be a mental patient suffering from psychological problems.

Grandhi Srinivas has continued his attack, saying that Pawan has once attempted suicide which would only reveal his state of mind. The MLA hit back saying that while the Jana Sena threatened to pack him in a van of mad dogs, it was the people who did that to Pawan in both assembly segments where he contested in 2019.

The municipal elections have raised the range of heated exchanges between the rival leaders. The MLA obviously started his counter after Pawan’s latest criticism.

Pawan also seemed to be highly determined to take his revenge in the civic polls after he was defeated by Grandhi Srinivas in Bhimavaram in the last elections.