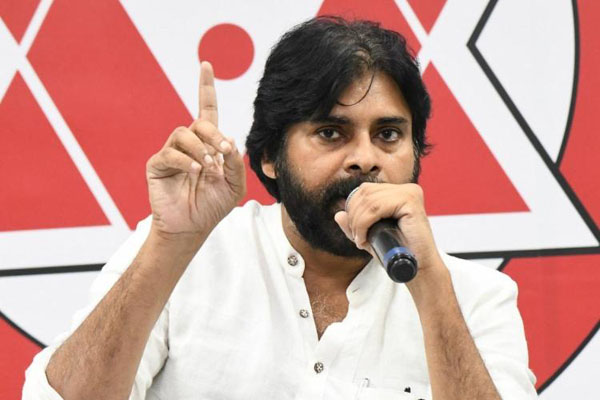 Jana Senani Pawan Kalyan has finally announced that continuation of Amaravati Capital was the main condition for his party alliance with BJP. He told the Amaravati Capital farmers that he is going once again to Delhi tomorrow on an invitation from the top leaders there. He told them that he tied up with the BJP only after taking an assurance from the Delhi leaders. Pawan said that the YCP government would not continue for long. It should not continue and must not continue in power for any longer. Senani said that the YCP rowdies are hiding behind the police and injuring farmers. One deaf and dumb agitator and women were injured in Chalo Assembly. Pawan said that those injuries would cause the downfall of the Jagan Reddy government.

Pawan said that Jagan Circar is using anti-social elements and rowdy gangsters methodically to strike fear in the hearts of all sections of AP society. Even the police officers are helpless in the present government. Senani said that such a factionist, anti-people government should not continue in the state. Pawan asked the AP voters to use the next chance to permanently remove the YCP from power. Very unusually, Pawan repeatedly said that YCP Rowdy Rajyam should not continue for long.