Bollywood beauty Anushka Sharma emerged as the top actress and she is even producing films on her production house. Anushka Sharma nails it in style when it comes to photoshoots. For the leading magazine Filmfare, the actress has been spotted flaunting off her bank in a sizzling hot outfit. Right from her looks to her body, Anushka Sharma looked super fit and hot in the click. On the work front, Anushka Sharma is busy with a bunch of films that are under shoot. 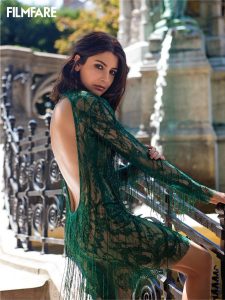