Janhvi Kapoor is even a star before she made her debut. She is not in a hurry and is picking up the right films and did enough justice for her roles till date. Janhvi Kapoor has been spotted in a white skirt and she looked drop-dead gorgeous during the birthday celebrations of her cousin Sonam Kapoor. Janhvi Kapoor looked perfect enough in the skirt and posed for pictures. Janhvi Kapoor is shooting an untitled biopic of Gunjan Saxena, India’s first Air Force female combat pilot who took part in Kargil War 1999. 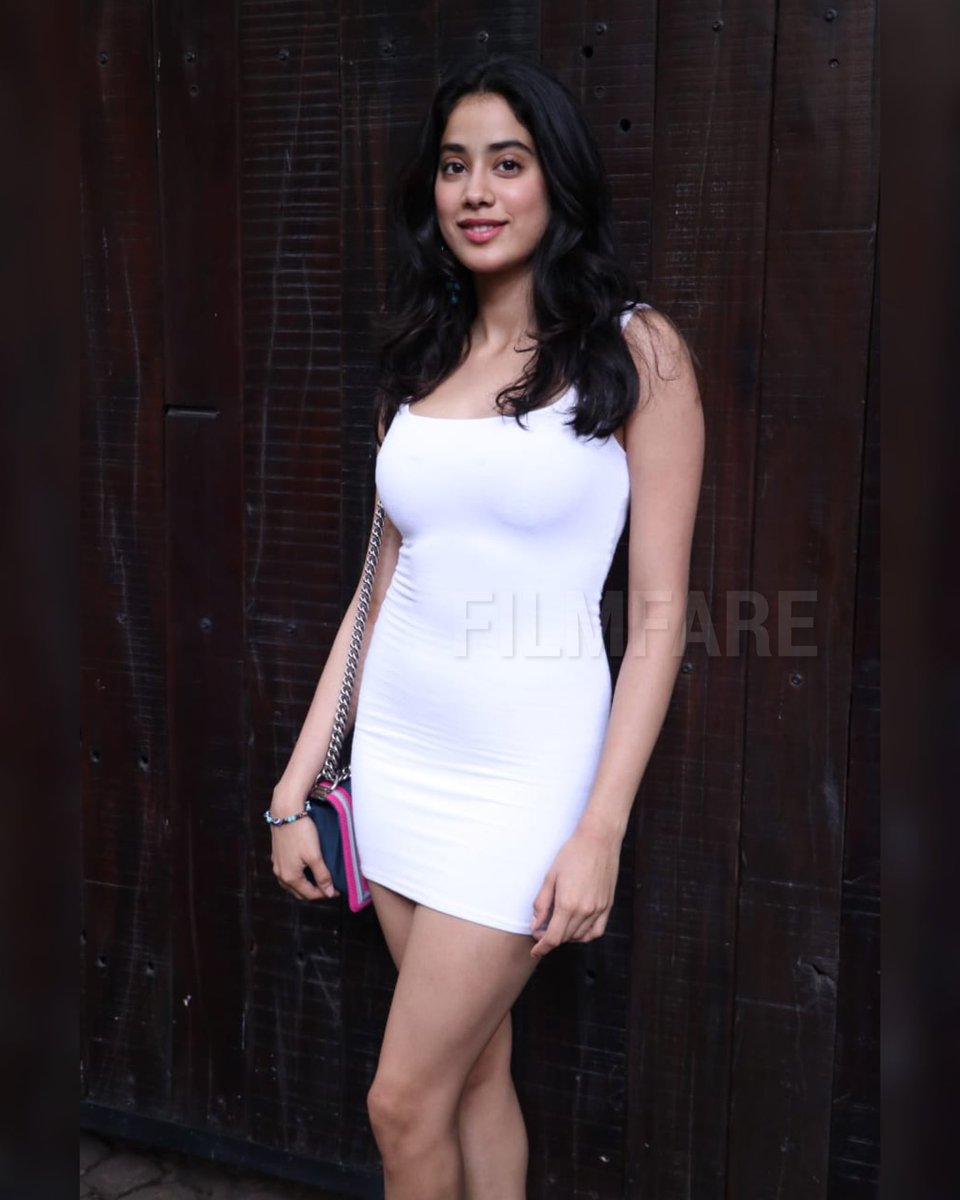