Actress Vaani Kapoor stunned her fans in a glittery silver color short dress today! The girl is shining in the mirror dress and her loose sticky hair added even more attraction to her. More than anything, Vaani’s cleavage show grabbed the eyeballs of the viewers.

“lest you lose the substance by grasping at the shadow,” she shared a quote along with her pic. The actress made her debut in 2013 through the Hindi film ‘Shudh Desi Romance. And then, in 2014, she debuted in Kollywood through Natural star Nani’s ‘Aaha Kalynam’. The film was also dubbed into Telugu, but failed to impress the audience.

She is soon going to appear in 3 Hindi films – Bell Bottom, Shamshera, and Chandigarh Kare Aashiqui. All the three films have completed the shoot and are ready for the release. 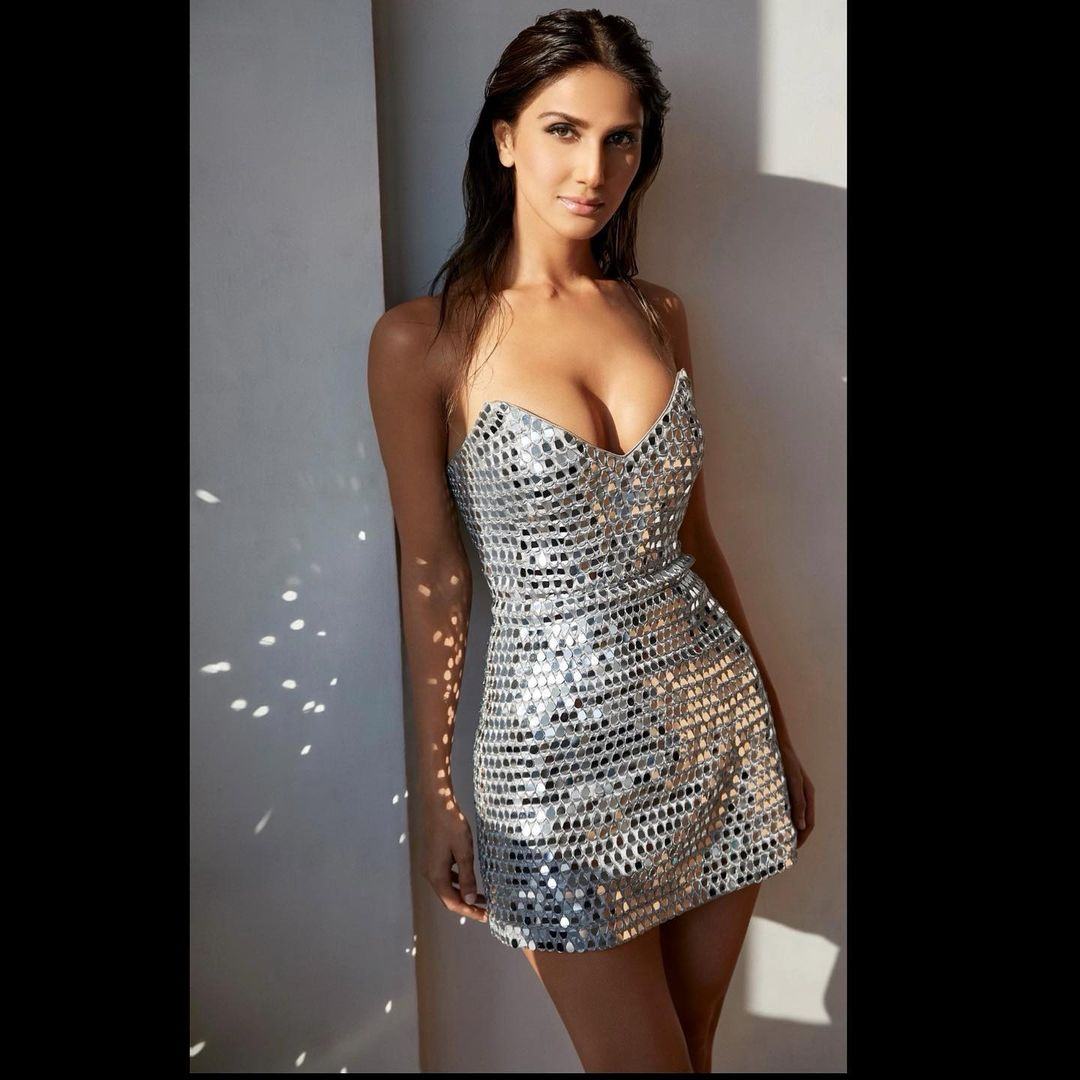