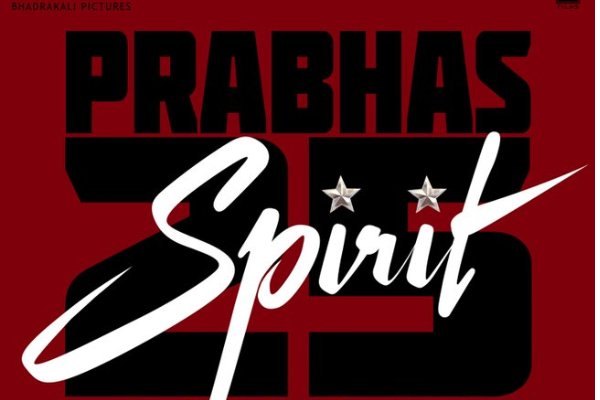 Prabhas is the latest pan-Indian actor and he has lined up a series of projects. His 25th project got announced officially today and as speculated, the project will be directed by Arjun Reddy sensation Sandeep Reddy Vanga. Two top production houses UV Creations and T Series will bankroll this big-budget film and it is titled Spirit. The title poster of Spirit is released and it will be made in eight languages. Sandeep Reddy’s Bhadrakali Pictures will co-produce this interesting project.

The project starts rolling once Prabhas and Sandeep Reddy are done with their current projects. The film is expected to start rolling during the second half of 2022. The film will head for a release in 2023 or during early 2024. The cast and the crew members are yet to be finalized. Prabhas is done with the shoot of Radhe Shyam and he is shooting for Salaar and Adipurush simultaneously. He will also start the shoot of Project K soon. Sandeep Reddy is waiting for the arrival of Ranbir Kapoor to commence the shoot of Animal.