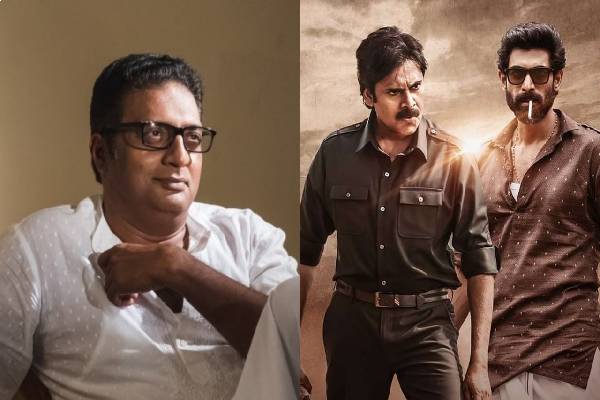 Actor Prakash Raj has questioned the Andhra Pradesh government about the alleged misuse of power and domination towards the Telugu film industry, especially in the case of Pawan Kalyan’s latest release ‘Bheemla Nayak’.

As the actor tweeted regarding the same on Sunday, he asked the government to put an end to their unwanted domination.

Prakash Raj has called out the government of Andhra Pradesh, regarding the restrictions it has implemented in the state on movies, as in the case of Pawan Kalyan’s ‘Bheemla Nayak’.

In his hard-hitting note, the actor wrote, “#BheemlaNayak .. #GovtofAndhrapradesh please put an end to this onslaught..let cinema thrive #JustAsking”.

The multifaceted film personality also questioned the misuse of power by the Jagan government.

Prakash Raj also mentioned that no one can stop audiences’ love towards their favourite hero and movies.

In the wake of Pawan Kalyan’s ‘Bheemla Nayak’ release, the Andhra government had appointed special officer forces at the theaters, leaving everyone to turn their heads at the deeds of the ruling party.

Special Government Orders were brought in Andhra Pradesh, only to stop the movie from releasing earlier.

Even after the court opposed bringing in, the Government Order related to ticket prices in the state, the government has turned a deaf ear to it.

The whole movie industry had suffered losses at the time of the first two waves of the pandemic.

While the Telangana government assures to provide help in the favour of the industry, Andhra Pradesh’s attitude only to hit at an actor-turned-politician, has become one of the hot topics in the Telugu states.

On the other hand, the Pawan and Rana-starrer ‘Bheemla Nayak’ is reported to have broken even in the US.

Running successfully, the movie is screening for the lowest available prices in Andhra Pradesh.