Switch to: తెలుగు
Home Politics Prof K Nageshwar : Mr. Prime Minister why are you silent on... 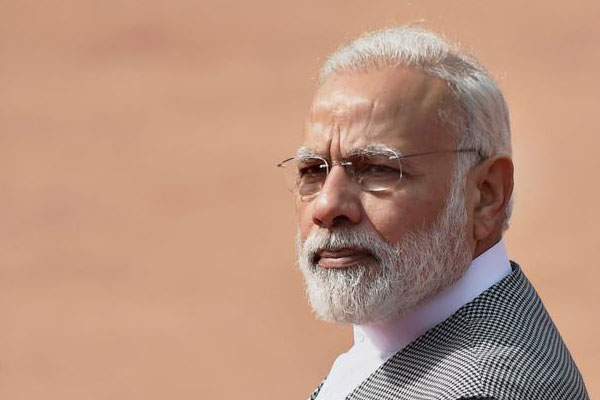 Andhra Pradesh chief minister N Chandrababu Naidu sits on a day long protest. With the leaders of opposition expressing solidarity, the demands of Andhra Pradesh state have once again echoed in the national political corridors.

Prime Minister Narendra Modi during his first visit to the state after TDP pulled out of NDA, claimed that his government has done maximum for Andhra Pradesh. However, Modi fails to answer specific questions from the people and political parties of Andhra Pradesh. Instead in a bid to cover up his failure to answer, Modi makes a blistering personal and political attack on Chandrababu Naidu.

The bifurcation of the state was predicated upon the assurance by the then prime minister on the floor of the House to grant special category status to the residuary state of Andhra Pradesh. In fact, the BJP has been demanding special status for ten years. However, the UPA government conceded to this demand and agreed to grant such a status to Andhra Pradesh for a period of only five years.

Despite the fact that senior BJP leaders like M Venkaiah Naidu and Arun Jaitley were the authors of special status, the Narendra Modi government has refused to grant special status to Andhra on the pretext that the concept of special status seizes to exist with the new devolution formula proposed by the 14th Finance Commission.

However, the NDA government promised special package in lieu of specials status. As per this, it was promised that the Centre would fund to the tune of 90 percent in regard to centrally funded schemes. Thus the additional central grant is arrived at Rs 16,447 crore. The Centre proposed to compensate this through higher central component in Externally Aided Projects (EAPs). But, the execution of such projects would take time. Therefore, the state preferred direct fiscal transfers. As half of the 14th Finance Commission period was already over, the state government desired 50 percent of payment. But, the state government also argued that the Centre has hardly paid Rs 400 crore.

The Government of India is supposed to compensate for the revenue deficit as the residuary state of Andhra Pradesh lost capital city Hyderabad to Telangana, making the present day Andhra Pradesh public finance precarious. This city accounted for the lion’s share of the combined state income. The revenue deficit was initially estimated at Rs 16,700 crore. The amount was later revised by the Centre to Rs 7,500 crore and the central government only paid Rs 3,977 crore. While the Andhra government claims that the revenue deficit to be paid by the Centre is Rs 12,500 crore, the Centre claims that the due in this regard is merely Rs 138 crore. Modi fails to clear this gap between centre and state. He is silent on this at Guntur.

The state government, meanwhile, has proposed that the Centre may appoint a committee headed by none other than the chairman of the 14th finance commission, YV Reddy to settle the dispute. However, Centre is not forthcoming in this regard.

The State Reorganisation Act promised railway zone for Visakhapatnam. But, even this decision is inordinately delayed as Odisha seems to be not in favour of it as it would lose the earning centre like Vishakhapatnam. Though the Centre is not making it explicit, it is clear from even a cursory look that the BJP, due to its political stakes in neighbouring Odisha, is dragging its feet on implementing the provisions of an act passed by Parliament. The argument that the Vizag railway zone will be unviable is fallacious as Vijayawada and Guntakal will be added to Vizag zone once it is separated. When Ram Vilas Paswan could ensure railway zone for Hajipur and it is viable, why can’t Visakhapatnam.

The reorganisation act has also promised to set up a steel plant in the backward Rayalaseema district of Kadapa. The district has iron ore mines. The state government has even offered to give these mines as captive mines for the proposed steel plant on free of cost basis as the quality of the ore is low grade. This offer of the state government would make the proposed steel plant viable as raw material itself accounts for 50 percent of cost of production. While the private steel plants of Tatas, Jindals etc. have been allotted captive mines by the government of India, the public sector Visakhapatnam Steel Plant is denied such captive mines forcing the plant to incur losses. Inflicting further insult on the state, now the Centre is not coming forward to set up Kadapa steel plant despite state reorganisation act recommending it.

As per the bifurcation act, the Polavaram project is being taken up as the national project and the Centre would bear the expenses. But, due to inordinate delay in clearing the bills, the state government is incurring an interest burden of Rs 300 crore. To avoid this, the state urges the Centre to create a revolving fund but to of no avail.

As per the reorganisation act, the centre has agreed to provide funds for the development of necessary infrastructure in seven backward districts of Rayalaseema and North Coastal Andhra. Funds were allocated at the rate of Rs 150 crore per district. What kind of infrastructure can be created with this meagre funding, only centre should know. Meanwhile, centre at the instance of PMO withdrew Rs.350 crores after they were credited in the state account.

The reorganisation act also mandates Centre to fund the construction of a green field capital at Amravati for the state of Andhra Pradesh. However, no specific resources were mentioned in the act. Taking advantage of this, the NDA government has granted only Rs 1,500 crore so far. The fact that the underground drainage works taken up in Vijayawada and Guntur were also included in this head on the pretext that these two cities also fall in the capital region has further infuriated the state.

The centre has to set up Dugarajapatnam Port in the Nellore district of Andhra Pradesh. But, the construction encountered certain objections as sensitive ecosystem of Pulicat Lake and the satellite launching station ISRO of Sriharikota, are very near to Dugarajapatnam. But, the centre neither addresses these hurdles nor propose an alternate place.

Andhra Pradesh should also get a petroleum refinery and cracking unit as per the bifurcation package. But, the HPCL-GAIL consortium is reportedly seeking a viability gap funding of Rs 1,200 crore per year for a period of 15 years from the state government. The state feels this is unfair as it is the assurance of state bifurcation and any such viability gap funding should come from the centre itself.

To implement the state reorganisation act centre has already setup several educational institutions in the state. But, the flow of funds is tardy and the these institutions are yet to take off in any significant manner. While Rs. 12,000 crores are to be given , the centre has so far released not even Rs.1000 crores.