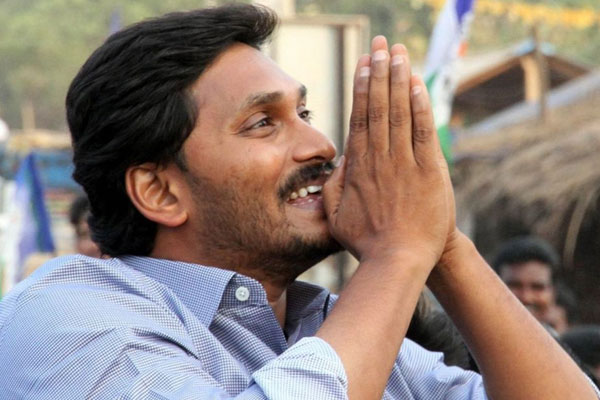 As the dust and din of electoral politics settles down, both the political parties and pundits alike are busy decoding the factors behind the historic landslide YSR Congress received in this polls. Though most of the exit polls predicted a clear win for YS Jaganmohan Reddy, none could anticipate such a massive outcome for the opposition. Unable to digest the results, N Chandrababu Naidu reportedly told close confidants why such a ignominious defeat? Did we really cause so much pain for the people?

According to media reports, Chandrababu Naidu’s immediate reaction was that Jana Sena caused the party to loose in many constituencies. Naidu expected Pawan Kalyan to cut into the opposition vote to benefit the ruling party. But, the results indicate that Jana Sean damaged the TDP more. The votes polled by Jana Sena are more than the winning margin of YSR Congress in at least 31 Assembly seats and eight Loksabha seats. However, given the huge margin, it is wrong to conclude that TDP lost only due to Jana Senas presence. Naidu reportedly felt that the anti incumbency suffered by MLAs and the local party leaders did negatively impact the party’s chances.

Meanwhile, DR Jaya Prakash Narayana said that the generally prevalent feeling that Naidu ‘s dispensation is heavily biased towards his own caste has certainly inflicted serious damage. Besides, the corruption at the grassroots level also contributed to the TDP’s erosion. The politicisation of administration in the form of Janmabhoomi committees has certainly inflicted heavy damage on the TDP. Though Naidu scrapped them latter, the damage has already caused.

The TDP was primarily banking on the last minute welfare measures initiated by Naidu government. The party was hoping for magic to overcome the anti incumbency. But, this did not happen. There can be many reasons for this. The beneficiaries of these welfare schemes are more or less party oriented and refused to change their political opinions despite the welfare schemes. Chandrababu Naidu who is known for his tough economic reforms had to embrace populism keeping in view the electoral compulsions. People have not believed in Naidu that he would implement them even after elections.

Naidu’s unrelenting campaign on Modi, KCR and Jagan seem to have yielded TDP diminishing returns. The TDP uncharacteristic embrace of Congress did not go well with the people of Andhra Pradesh. Naidu went alone after the Telangana mandate. Yet he campaigned for Congress led government at the centre. The people of Andhra Pradesh gravely aggrieved and injured by the arbitrary bifurcation were not ready to pardon Congress and consequently Naidu’s love for the grand old party.

There has been a significant shift in the voter’s mood towards Modi after the Pulwama and Balakot. Naidu failed to realise the change in the mood of the people and continued with his Modi bashing. This also did not favour the people.

Adopting KCR model of electioneering has also failed him as people of Andhra region were not as sentimental as Telanganaites. KCR ran his election campaign primarily targeting congress -TDP coming together. Naidu also tried the same trick by attacking Jagan-KCR friendship. But, it failed to evoke similar negative emotions.

The anti incumbency suffered by party MLAs had disastrous implications. Thus, a host of factors defined the unprecedented mandate for YS Jaganmohan Reddy.