Switch to: తెలుగు
Home Politics Professor Nageshwar : Will Modi Make a Come Back? 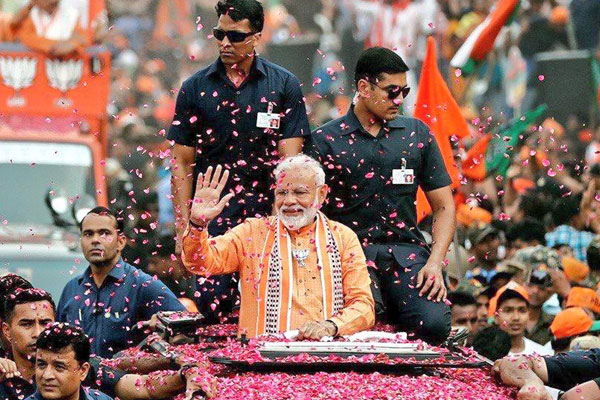 With poll predictions indicating a possibility of fractured verdict, speculation is rife among political circles on the post poll political formation that can form the new government. All these speculations and manoeuvres rely on the hope and expectation that the BJP led NDA will not get the absolute majority . The question of BJP getting majority on its own is being ruled out by the opposition which has intensified the efforts to stitch together a rainbow coalition of non BJP parties.

This hypothesis of Modi certainly loosing cannot be validated without ifs and buts. The BJP still remain a strong force despite recent electoral reverses. The party on its own has over 40 percent vote in states like Uttar Pradesh evident from the results of by polls where it lost to the combined opposition. The pan Hindu narrative of the saffron brigade is seriously challenged by the caste calculus unveiled by the SP-BSP-RLD coalition. Still, a small miss can prove costlier to the opposition. While the BJP is relying on its formidable vote, the opposition is hoping on the vote transfer among its allies. Thus, it is wrong to write political obituary to BJP in India’s largest state. However, the present indication is that the BJP is expected to suffer the major jolt in this state where it has won 73 out of the 80 seats along with its ally.

The problem for the BJP is that it reaped a saturated mandate in 2014 in the Hindi states. A repetition of this mandate is just not possible, forget about improving it. In the meantime, the formidable social political alliance between the SP, BSP , RLD in Uttar Pradesh, and the resurgent Congress in Rajasthan, Madhya Pradesh, and Chhattisgarh are scaring the saffron party.

The Karnataka has been the only state in South India that give some hope to BJP. In fact, the BJP won 17 out of 28 seats in 2014 .The party emerged almost victorious in the Assembly elections held subsequently. Thanks to the swift political moves of Congress leadership, the Louts failed to bloom in South of Vindhyas. The Congress-Janata Dal(Secular) alliance is certainly a strong political arithmetic that worries the BJP. This was evident from the rout of BJP in Bellary by elections .

The BJP led NDA and the RJD led coalition are evenly placed in Bihar. The RJD scored surprise wins in the recent by elections. The opportunistic somersault of Nitish Kumar incurred the wrath of electorate. The BJP together with JD(U) , LJP is facing a tough contest from a broad based social coalition engineered by Lalu Prasad Yadav.

The BJP is expected to make some gains in the eastern part of the country especially, Odisha , West Bengal and the North East . Similarly, the party is excepting comeback in Delhi, thanks to the three cornered contest. But, the Delhi’s repeat does not add to it tally as the BJP swept here even in 2014. The BJP is also hoping on Kerala as it is believed to have gained from Sabarimala agitation. But all these little to moderate gains will not compensate for the steep losses it is expected to suffer in its strong holds.

But, elections are not always arithmetic. Chemistry dominates the electoral arena. Modi plans to improve his chances by rousing emotive issues in the campaign ranging from Pulwama to Sri Ram Mandir. The opposition failed to strongly put forth a counter narrative around people’s livelihood issues and at times played into the trap laid by the BJP parivar. The opposition also failed to arrive at board coalitions that would avoid a split in anti BJP vote. The pusillanimous character of regional allies certainly worry the Congress. The advantage of being in power comes in handy for the BJP. The NDA cannot be replaced by an alternate government unless the BJP led coalition is pushed below the 200 mark.