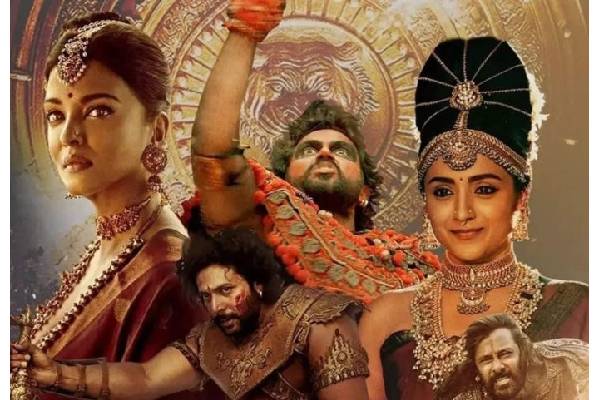 Telugu audience are the best and they are the frontrunners to encourage the talent across the country. Tamil actors like Vikram, Suriya, Vishal, Karthi and others from this generation earned equal market in Telugu along with Tamil. The franchise of Baahubali erased the barrier of language and it performed exceptionally well in all the languages. Then came the Kannada film KGF and the film is a humongous hit. Tamil audience are waiting for one such film to prove that they are not an exception to make universal films. Mani Ratnam’s Ponniyin Selvan: Part One released and the Tamil media is quite over-enthusiastic about the film. It happens to be the dream project of the legendary director and the film released yesterday between huge expectations.

The word of mouth for the film has been exceptional across the Tamil circles. Right from the critics, review writers, social media influencers and all the analysts rated it as the best film in Tamil. There was a debate of comparison between Baahubali franchise and Ponniyin Selvan from the past few days. Some of the over-enthusiastic media personnel started blaming the Telugu audience and critics after the film’s release. Some of them even threatened the Tollywood audience that they would ban Telugu films in the future. Baahubali and Ponniyin Selvan are two different films and the word of mouth completely depends on the taste of the audience. Actors like Rajinikanth, Kamal Haasan, Vikram, Suriya, Karthi and Vishal several times lauded Telugu audience for their love towards Tamil actors and Tamil films.

The Tamil critics or the media personnel should realize that the Telugu audience are not much bothered about the actors or the filmmakers. They are just eager to watch interesting content. There are several Tamil films that ended up as flops in Tamil and turned as money spinners in Telugu. Time to rethink about their statements.