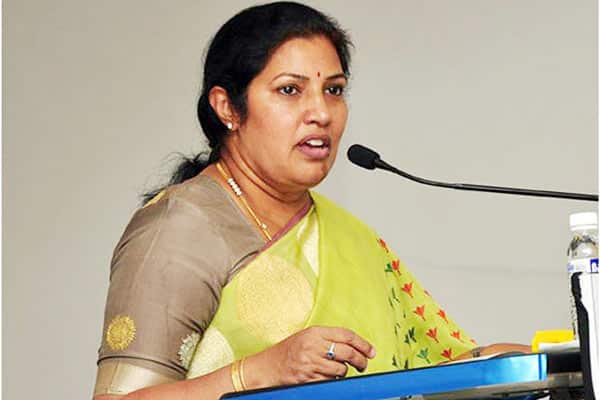 It is finally clear that the BJP central leadership is not totally in the grip of CM Jaganmohan Reddy and MP Vijayasai Reddy. In the latest changes, pro-YCP MP GVL Narasimha Rao was not given any post in the national BJP committee. What more, Daggubati Purandeswari was made the national general secretary.

Now, Ms Purandeswari is vowing to use her good offices to report to Modi-Shah all the happenings in Andhra Pradesh. It is undoubtedly an indication about the allegations of irregularities and political victimisation coming up against the Jagan Reddy government.

She has said that she will work for getting a better deal to the South Indian States with the help of her new position. Her priority would be to bring the BJP to power in the next elections.

At the same time, Ms Purandeswari is asserting her all out support for the farmers and residents of Amaravati Capital City region. There would be no change in the BJP stand with regard to the 3 Capitals issue. In principle, the BJP is against the harm being done to Amaravati.

With the changes in BJP now, analysts say that things will be tougher for Jagan and Vijayasai to get outright Modi support on burning issues like Amaravati.