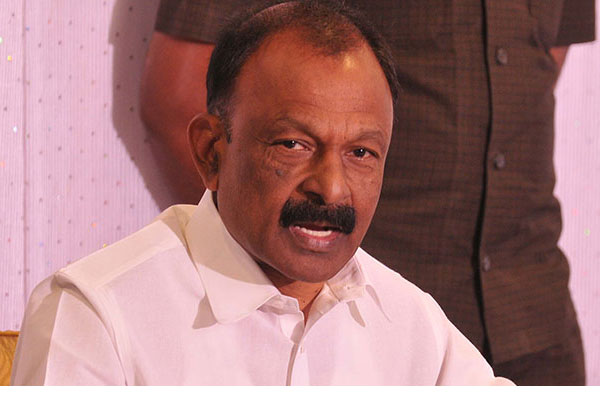 Andhra Pradesh Congress on Monday launched a novel protest against the injustice done to the state by NDA and TDP governments at the centre and state respectively, by filing cheating cases against Prime Minister Narendra Modi, union minister Venkaiah Naidu and chief minister Chandrababu Naidu.
He also lead a rasta roko demanding arrest of the Modi and two Naidus’ in the case and wanted the police file an FIR. Later he was arrested along with many Congress leaders.

The cases will be booked at every police station in the state. Reddy (he is not a Reddy by community but a Yadava from Anantapur district) by taking recourse to novel protests breathed a new lease of life into the Congress party, which faced rout in 2014 election. At a time when many leaders are quitting the party giving an impression that Congress would not get revived in the state, Raghuvira with his unique style made Congress a vibrant opposition party. Even though the party could not enter the assembly, Raghuvira succeeded in making the Congress street-smart by taking the organization to the streets and door steps of the people.

Earlier, he launched a crore-signature campaign on same issue of special status which brought all the Congress leader together. The campaign, authored by Raghuvira Reddy himself, had given the party to recover from the shock it received during 2014 election and to touch nearly half of the house-holds in the state. According to party sources, the success of this campaign compelled AICC vice president Rahul Gandhi to visit Anantapur district and interact with the families of the farmers who chose suicide as deliverance from the indebtedness. In fact, Rahul patted the Congress for its efforts to revive the organization and assured that he was ready to fight for the special status. It was Rahul’s announcement that “special status is Andhra’s right” that made the issue a political slogan in Andhra Pradesh.

Today’s filing of cases, though a symbolic one, helped Congress educate the people that Modi, Venkaiah Naidu and Chandrababu Naidu were responsible for the denial of special status.

According to Raghuvira, these three leaders literally cheated the people of Andhra Pradesh by backing out on the special status for their own personal political reasons.” We have submitted a video CD which shows the election assurances of these leaders on special status, documentary evidence in the form poll agenda, posters, newspaper clippings etc,” he said.

Congress is exploiting a situation where the recognized opposition YSRC party has reservations in attacking centre and Modi directly. While YSRCP puts the blame solely on TDP supremo Chandrababu Naidu, AP Congress, on the other hand, is telling the people that both state and centre are culprits,which is seen by people as dispassionate and objective. Evidence for this is the response Raghuvira is getting for his calls.