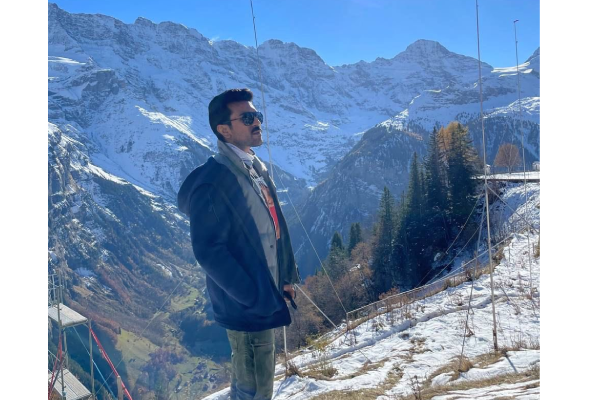 Mega Powerstar Ram Charan took a small break from his packed schedules and he is holidaying in Switzerland currently. Charan took a quick vacation along with his sister and they are expected to return back to India soon. After the return, Ram Charan will participate in the promotional activities of RRR. Several events, pre-release events and media interactions are planned across the country. Ram Charan completed two schedules of his upcoming movie directed by Shankar and the new schedule commences next year.

Ram Charan is also done with the shoot of Acharya and the film releases on February 4th. Ram Charan also signed a film in the direction of Gowtam Tinnanuri and the project commences shoot from February. Ram Charan is in plans to shoot for Shankar and Gowtam’s films simultaneously. The shoots of both these films will be completed by the end of 2022 and they will release in 2023.