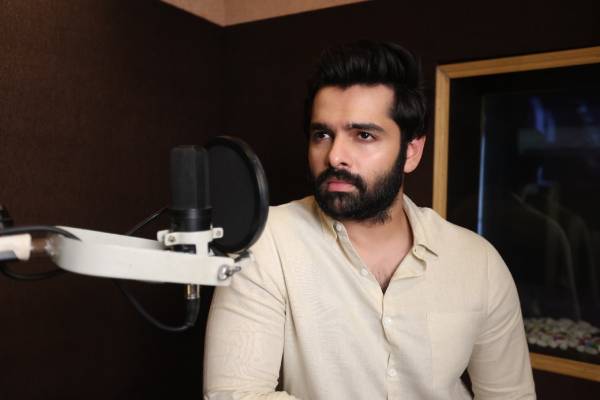 Ram Pothineni’s bilingual film, in Telugu and Tamil, The Warriorr is going to be released on July 14th, 2022. This is Ram’s debut film in Tamil. And actor putting all the necessary efforts to impress the Tamil audience. The makers are raising the curiosity on the film with aggressive promotions.

Ram collaborated with mass director N Linguswamy on the bilingual film The Warriorr, and he retained his interest in the project by effortlessly dubbing his lines in Tamil.

Ram Pothineni Tamil dubbing promo was released today, and he captivated everyone by reciting powerful dialogue with perfect diction. RAPO went to great lengths to perfect his diction, intonation, and voice modulation.

The goal of Ram dubbing in Tamil is to reach out to the native audience. The makers feel that Ram’s extra efforts for the Tamil version will spark the interest of the Tamil audience.” While filming, the entire crew was astounded by Ram’s diction in Tamil dialogues.

Starring Krithi Shetty in the lead, Aadhi Pinisetty is playing the mass baddie in the film. Akshara Gowda and Nadhiya are playing pivotal roles in the film. Also, Devi Sri Prasad’s songs are resonating everywhere, with a unanimous positive response on the music and content. Successful producer Srinivasaa Chitturi is producing the project, releasing on July 14 under Srinivasa Silver Screen.