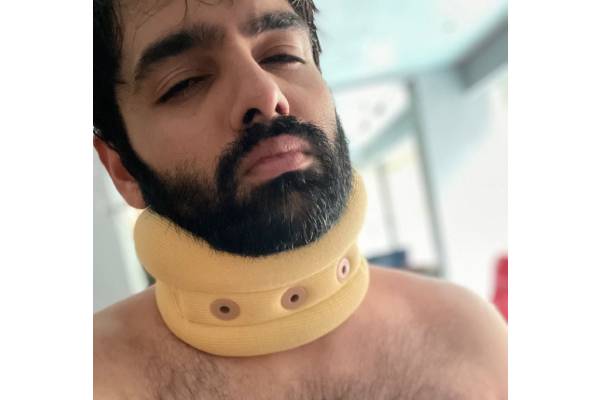 Tollywood Energetic actor Ram suffered a minor injury and sprained his neck. The actor is busy transforming himself for his next film directed by N Lingusamy. The shoot of the film came to a halt after his injury. Ram is currently in recovering mode and he will return back to work once he turns fit. Ram is shooting for an action entertainer and he will be seen in a dual shades. He is currently working on the looks for the other role. Krithi Shetty is the leading lady in this untitled film.

The movie is said to be a bilingual and the shoot completes this year. Wrapping up all the post-production formalities, Ram’s 19th film will be released next year. Devi Sri Prasad is the music director and Srinivasaa Chitturi is the producer. Wishing Ram a speedy recovery.

Ustaad @ramsayz's #RAPO19 shoot halted due to his Neck injury during body transformation.

Will be back soon with double the energy. pic.twitter.com/a9KtfP4Br7