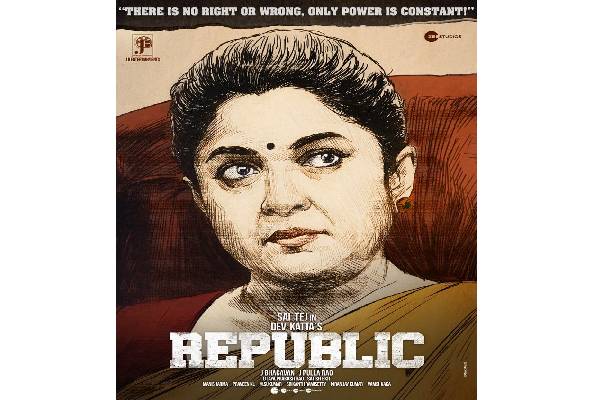 Essaying the role of Visakha Vani, Ramya sports a studious expression on her face. Her role comes up with the tagline “There Is No Right Or Wrong, Only Power Is Constant.” That sums up that Ramya Krishnan is playing yet another powerful role and definitely she will make heads turn with her performance.

‘Republic’ is a social drama being written and directed by Deva Katta. Recently the first look of hero Sai Tej was unveiled and it was well received.

The film also stars Jagapathi Babu in a key supporting role and his look is also expected soon.

JB Entertainments and Zee Studios banners are jointly producing ‘Republic’ while it’s a Mani Sharma’s musical.Republic will hit the screens on 4 June 2021. 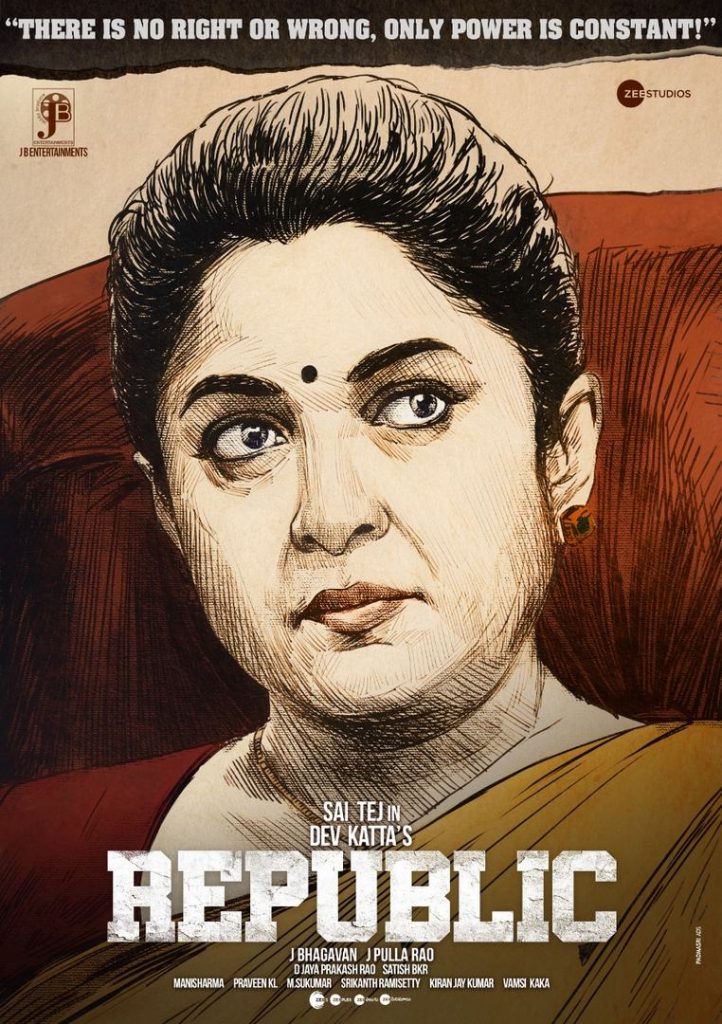