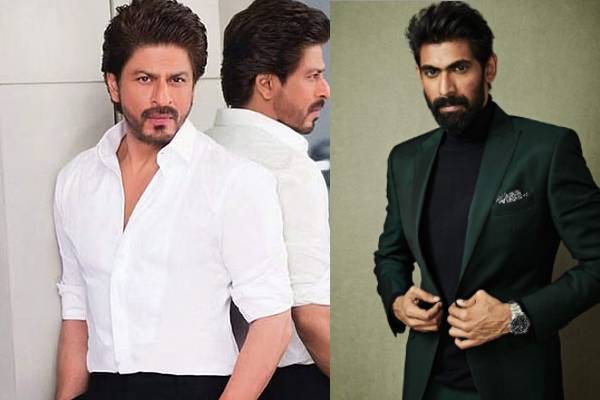 Rana Daggubati is a known face for all the audience across the country as he has done films in all the languages. As per the latest update, Rana Daggubati has been finalized for a crucial role in Shah Rukh Khan’s next film Jawan. The film’s director Atlee has been keen on roping in a South Indian star for the role and he approached Rana. The first glimpse of Jawan received a terrific response from the audience. Rana too has been waiting for a big break in Bollywood and he bagged a golden opportunity.

Nayanthara, Priyamani and Sanya Malhotra will be seen in other important roles in Jawan. There are talks that Shah Rukh Khan will be seen in a dual role. The film is announced for June 2nd 2023 release in all the Indian languages. Bollywood media also speculates that top actress Deepika Padukone has been roped in for a cameo role in Jawan. The role would be short but important told the news. Anirudh is composing the music for Jawan and SRK’s Red Chillies Entertainment are the producers.