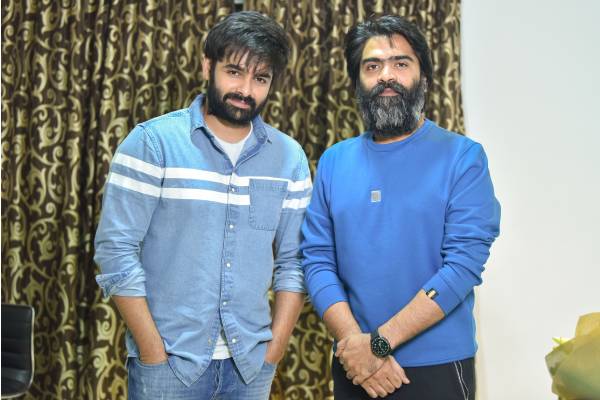 Ram Pothineni is making his debut in Kollywood. The Chennai-born Telugu hero has acted in ‘The Warriorr’, which marks his Tamil debut. Directed by Tamil filmmaker Lingusaamy, the film’s promotions in Tamil have already begun.

Proficient in Tamil, Ram has been interacting with the Tamil media and is giving extensive interviews. During promotions today, Ram Pothineni met his dear friend Atman Silambarasan aka Simbu. They also took photos together, with RAPO looking dapper and STR looking rugged with his thick beard. These pictures are now trending on social media.

We are all aware that the phenomenal actor Simbu sang the chartbuster Bullet Song for Ram Pothineni. The song is still going viral on YouTube. Silambarasan is a close friend of actor Ram Pothineni, and they met today while Ram Pothineni was in Chennai for promotions. Ram Pothineni will return to Hyderabad for the Telugu pre-release event tomorrow.

Aadhi Pinisetty, who is popular in both Kollywood and Tollywood, plays the antagonist in ‘The Warriorr’, while Krithi Shetty plays the heroine. Srinivasaa Chitturi bankrolled the film while Pavan Kumar presenting it. DSP rendered tunes for this mass actioner.