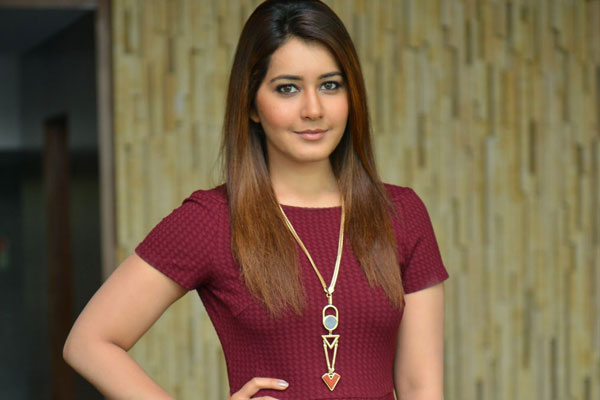 After breaking into Tollywood with a girl next door role in Oohalu Gusagusalade, young and happening beauty Rashi Khanna has impressed the audience with sultry appearances and stupendous acting skills in her next outings. Awaiting the release of her upcoming film Bengal Tiger, she is now shooting for Sai Dharam Tej’s ‘Supreme’ in the direction of Anil Ravipudi.

Speaking to a media outlet, Rashi Khanna said that she is playing a deglam role in Supreme. She added that audience will see a different Rashi in the film which showcases her comic side to a full extent for the first time in her career. She plays a cop in the film. The shoot is progressing at a brisk pace in Hyderabad. Sai Dharam Tej will be seen as a cab driver in the film. Dil Raju is producing the film.