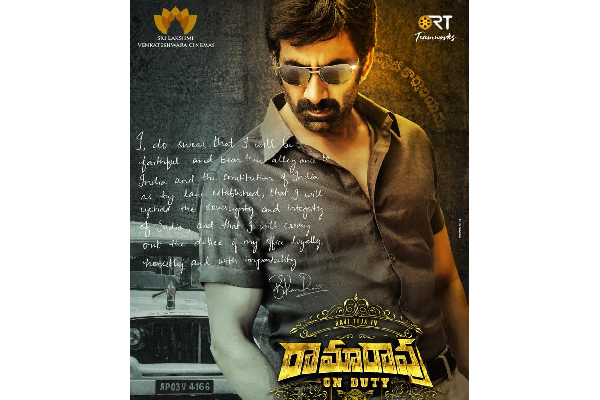 Mass Raja Ravi Teja resumed the shoot of his upcoming mass entertainer that is directed by Sarat Mandava. The film is titled Rama Rao on Duty and the makers unveiled the title along with the first look poster. Ravi Teja looks stylish in the poster and he is rumored to play a sincere government official who unearths a massive scam. The shoot of the film is happening in Hyderabad and it will continue without breaks. Divyansha Kaushik is the leading lady in Rama Rao on Duty.

Sam CS is composing the music and SLV Cinemas are the producers. Rama Rao on Duty will also mark Ravi Teja’s debut as a producer. He is presenting the project through RT Team Works. The film is expected to release this year. Ravi Teja is done with the shoot of Khiladi and the film releases very soon.