Kodangal MLA after lot of speculations exited from the party on Saturday afternoon in Vijayawada. As the Andhra Pradesh Chief Minister Chandrababu Naidu was addressing a media conference, the resignation letter was handed over to his secretary. Revanth in the letter stated that he has high respect for the party supremo who helped him grow but felt dejected over the actions of some of the party members. He noted that in the fight against TRS and KCR, he has to resign from TDP.

Chief Minister responding on the development said that he did not get the resignation letter yet. He reportedly asked Revanth to wait until the meeting with media is over, so that they can speak about the incidents in recent past. The TDP chief who returned from abroad said that people should know of the developments . 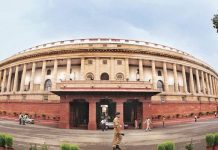 New Parliament to have 888 members