Opposition parties and political rivals are saying that the present Pothireddypadu water dispute is just an artificial problem created by KCR and Jagan in order to deflect attention of the people in both states from immediate problems. Rivals say that Jagan Reddy is in a never before credibility crisis because of Visakhpatnam gas tragedy, Coronavirus prevention failures and looming hurdles in shifting Capital City. Diversion of Srisailam waters is just a ploy to divert people’s attention. However, except TDP, almost all political parties are engaged in heated debates in Telugu states on this water dispute.

Now, in his latest Kothapaluku column, ABN Radha Krishna says as if the hitherto good relations between KCR and Jagan Reddy have turned bitter because of the ongoing water dispute. RK indicates that in his usual inimitable style, Jagan Reddy has unveiled another dark political game to outsmart KCR and Telangana. In the process, AP CM will get credit for fighting hard for farmers of Rayalaseema, Nellore and Prakasam. In RK’s opinion, Jagan’s action in increasing Pothireddypadu capacity has given a big weapon to TRS rivals in Telangana who are using this opportunity to embarrass KCR to the maximum possible extent. Politically speaking, Jagan has successfully achieved his target in this water dispute while KCR is facing political backlash from all rivals in his state. Big question is whether Jagan has really angered KCR despite AP CM’s personal interests in Hyderabad city. 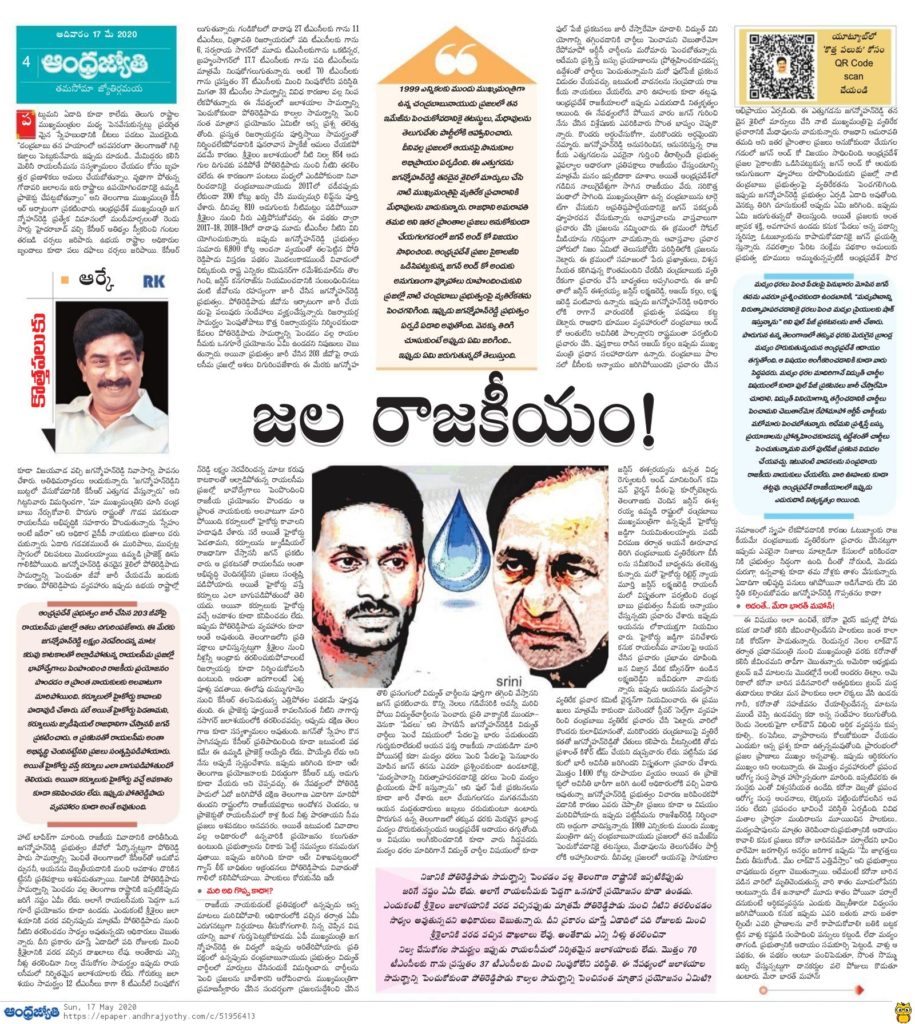